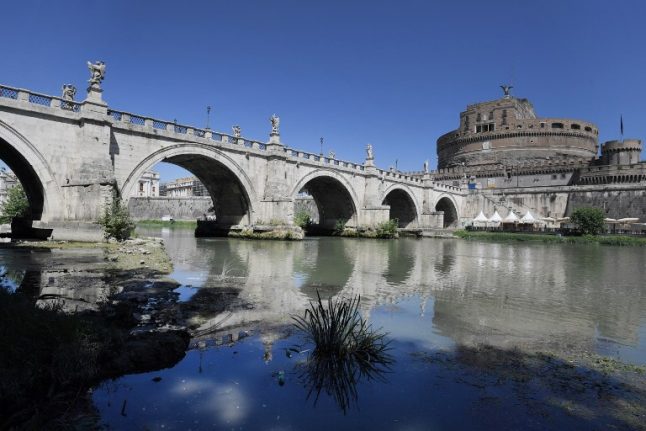 The Tiber by the Castel Sant'Angelo, where a Brasilian fell to his death. Photo: Tiziana Fabi/AFP

The man, named in the Italian press as 29-year-old Adam Conejo from Brazil, fell near the Castel Sant'Angelo on the right bank of the Tiber at around 4pm on Sunday, though his death was only reported on Monday.

He was taken to hospital but died shortly afterwards, La Stampa said.

According to the Corriere della Sera, the accident happened while the man was seated on the top of the embankment, talking to his wife and some friends. He reportedly lost his balance while turning round, though an autopsy will be carried out to establish if he could have been taken ill.

He fell several metres on the bank below, which was full of people enjoying the Sunday afternoon sunshine at the time.

The Tiber is surrounded by stone walls over 10 metres high in parts as it runs through Rome's city centre, a flood defence system designed to stop the river bursting its banks.

Accidents are not uncommon and can be fatal. In 2013 an American student fell to his death from the top of the embankment, as did a 22-year-old German man in 2015. Both cases happened late at night, when the people involved may have been drinking.

Codacons, an association for consumer rights and the defence of the environment, has previously called for safety barriers to be installed along the top of the Tiber embankment in order to prevent more falls.