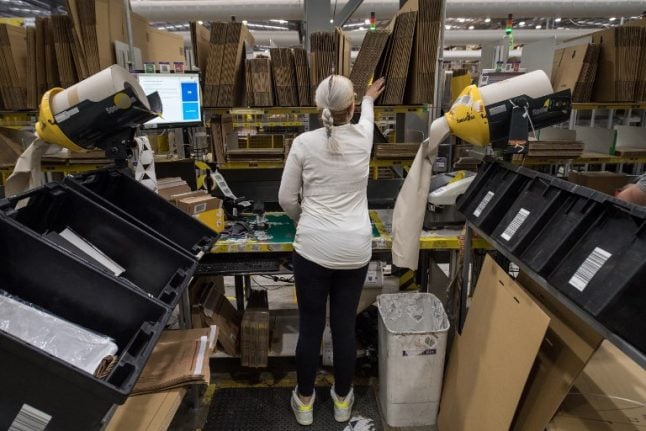 The US online retailer took a cameo in the election campaign this week, as politicians of all stripes fell over themselves to denounce Amazon's rumoured plan to kit out warehouse staff with electronic bracelets that monitor them as they work.

“The only bracelets we make in Italy are the ones produced by jewellers,” thundered Economic Development Minister Carlo Calenda, who summoned Amazon representatives to a meeting on Friday. “I told them, and they understood, that a thing like this… will never happen.”

“Working is not a crime,” declared Speaker of the House Laura Boldrini, who called the proposal “degrading and offensive”. Even cool-blooded Prime Minister Paolo Gentiloni got a dig in, saying that the challenge facing Italians was “quality jobs, not jobs with wristbands”.

There's only one thing they all seemed to forget: Amazon isn't actually using electronic bracelets, in Italy or anywhere else.

As revealed by tech bloggers this week, Amazon has merely secured patents for the fateful devices. No one in Italy has seen one, let alone been ordered to put it on.

The company claims that the wristbands, despite their Big Brother overtones, are actually a time-saving device for staff, saving them from scanning products' barcodes as they take them off shelves or alerting them when they're approaching the item they looking for.

Amazon has already introduced various technological innovations “to support our employees in their work and render the process simpler and more efficient”, Amazon Italia said in a statement in response to the furore, adding that “patents take years to be approved and do not necessarily reflect current developments in our products and services”.

Wristbands or no, the multinational is an easy target for Italian politicians in election season. It has been accused of corporate tax evasion in Italy to the tune of some €100 million, while staff at its distribution centre in Piacenza – currently the only one in Italy, though another is planned near Rome – recently went on strike twice within a month in protest at what they say are unfair working conditions.

The story certainly hit a chord with Italian internet users: by Friday, “electronic bracelets” was one of the top trending terms on Twitter, with some comparing the system to modern-day slavery or even Nazi death camps.

Others, however, pointed out that the outcry over something that doesn't yet exist was maybe – just maybe – a little overblown.

“Waiting for a comment from the Pope on Amazon's electronic wristbands”