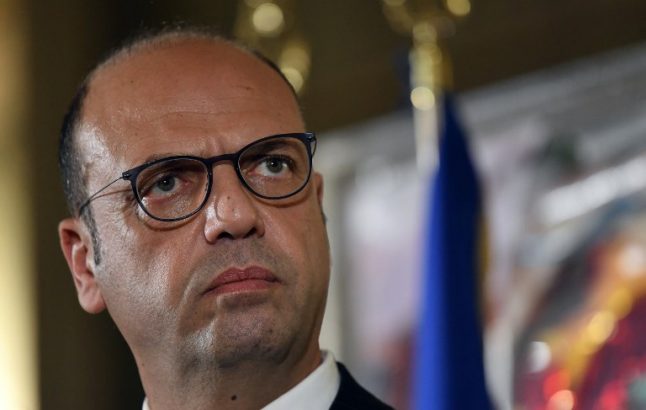 “We have a duty to reassure our citizens, in order to fight populism and racism and safeguard popular support for the European Union,” said the centrist minister, Angelino Alfano.

He spoke at a meeting in Rome of officials from African and European countries to discuss how to stem the flow of migrants to Europe.

Thousands of migrants have died trying to reach Europe from Africa in recent years. Since 2014, more than 630,000 have reached Italian shores.

Italy heads to the polls on March 4th with immigration the dominant issue on the campaign trail. Opinion polls indicate that a coalition between the centre-right opposition party Forza Italia and far-right, anti-immigrant groups could end up in government.

READ MORE: 'It could have been me': Shooting highlights racial tension ahead of Italy elections

Alfano warned against the “exploitation of the immigration issue in order to stir up fears and gain easy consensus”.

Among the 13 countries attending Tuesday's meeting was Libya, a war-torn country of transit for many migrants from Africa.

Some 119,000 people arrived in Italy by boat in 2017 after making the hazardous crossing of the Mediterranean from Libya. That was a decline of one-third from the number the previous year.

The numbers have dropped significantly since Italy forged a controversial Brussels-backed deal last summer with forces in Libya to block migrants from setting out for Europe.