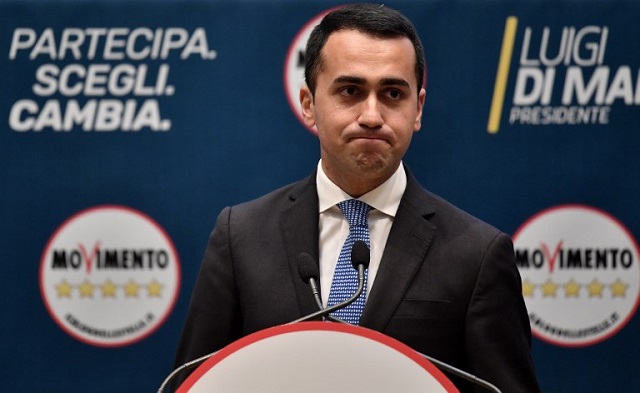 Online newspaper Il Post reported on Wednesday that 11 of the programme’s 20 chapters included material apparently plagiarized from other sources. A full comparison of the M5S manifesto and the unattributed sources can be found on the website in Italian.

According to Il Post, the M5S manifesto included material plagiarized from the Wikipedia pages for eco-museums, the ministry for communications, and a government agency responsible for managing EU farming funds, while in other places definitions were identical to those found in legal manuals.

Other sections were identical to papers from the European Commission and the Italian parliament, reports from private and public think tanks, and a National Geographic report. In one chapter, two full pages were identical, though not attributed to, a section from a report by environmental organization Legambiente.

Even more surprisingly, the manifesto also included material seemingly copied from a parliamentary question from Democratic Party (PD) senator Giorgio Roilo, and from the Repubblica daily newspaper, a left-leaning title with close ties to the PD.

Researchers for Il Post also analyzed the programmes of Italy’s other political parties, the site confirmed, without finding evidence of plagiarism. Meanwhile, some sections of the M5S programme, including those on immigration, justice, and foreign policy, were listed as 'partial' with less than a month to go until the March 4th election, though a party spokesperson told the newspaper that final versions would appear online “soon”.

At the core of the party philosophy is direct democracy, and a party spokesperson dismissed the findings, saying the manifesto had been put together following online consultations with activists and members of its online platform. The spokesperson, Manlio Di Stefano, also said there was no specific author for each chapter.

A separate statement from the party said that the sections of the programme accused of plagiarism by Il Post were merely analytical sections, separate from the manifesto.

“Of course we have taken data from dossiers and scientific studies; also from experts with whom we have always collaborated in the past five years,” the note continued.

Recent opinion polls show the M5S the most popular single party, with 30 percent of the vote, around five percent ahead of the governing PD. However, a centre-right coalition led by four-time PM Silvio Berlusconi is in the lead, approaching 40 percent, and a large chunk of the population has not yet decided who to vote for.

The M5S was created as an 'anti-establishment' party and has taken pride in presenting itself as an alternative to Italy's other main parties. Candidates who have previously held public office are banned from the party's lists.

Rival politicians were quick to criticize the M5S, with PD member Matteo Orfini writing: “Choose original ideas, choose the PD” on his Facebook page. Party secretary Matteo Renzi said: “[M5S deputy Alessandro] Di Battista insults us all saying 'Italians have turned stupid [referring to a recent comment by Di Battista]. Only he is intelligent, the others don't understand. That will be why the Five Stars copied their programme from Wikipedia.”

READ MORE: What you need to know about Italy's 2018 general election