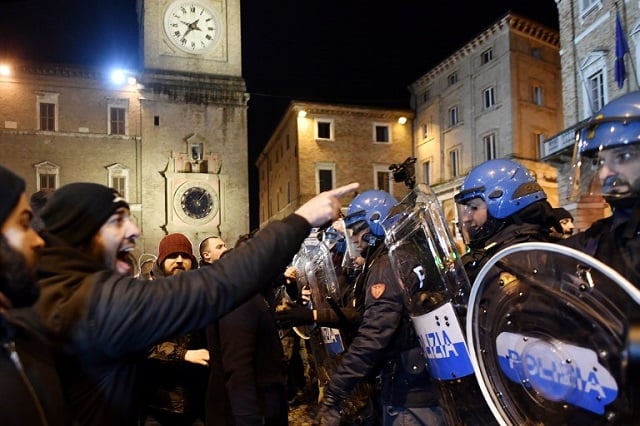 The suspect has said he chose to carry out the attack after hearing that a local 18-year-old woman’s dismembered body had been found by police, and that a Nigerian man had been arrested in connection with her death.

Around 40 people reportedly participated in the unauthorized protest on Thursday evening, which was organized by the extreme-right Forza Nuova party. Counter-demonstrators chanted slogans including “we are all anti-fascists”.

When the Forza Nuova supporters tried to enter the town’s central square, they clashed with riot police, with some officers hitting protesters with truncheons, Rai News reported. Twelve activists were taken to the police station, and could face charges for violating the police order that had banned the protest.

Roberto Fiore, who leads the Forza Nuova party, had advertised the demonstration with a poster saying “people die from immigration”.

Fiore further said he did not support the actions of suspected shooter Luca Traini, but Il Secolo XIX cited him as saying the shooter was “also a victim in this situation”. Anti-fascism protests are set to go ahead at the weekend after Macerata's mayor had initially called for a halt to all demonstrations. On Wednesday morning, mayor Romano Carancini had asked for the pause in order to avoid “divisions or possible violence” and to give the city time to heal after the two horrific crimes.

Trade unions CGIL, ANPI, ARCI and Libera agreed not to join the march after this appeal, a decision Carancini said showed “sensitivity and love for the community”. The mayor added that he hoped the other planned protests would also be “spontaneously cancelled”.

But he has received criticism from some quarters for this decision, with the leftwing newspaper Il Manifesto suggesting the mayor was hoping to sweep the recent crimes under the carpet to avoid “bad publicity” for the city, currently a candidate for European Capital of Culture in 2020.

Local social organization Sisma, which first arranged the demonstration, said its members would still march and described the mayor's request as “unacceptable”. Over 12,000 people have registered an interest in Sisma's march on their Facebook page.

They will be joined by members of other organizations from across Italy.

READ ALSO: 'It could have been me': Shooting highlights racial tension ahead of Italy's election

Meanwhile, the cause of death of Pamela Mastropietro, the 18-year-old woman found dead and dismembered of January 31st, is still unclear.

The Macerata public prosecutor said a second autopsy on Thursday afternoon had not produced any “highly significant results on the investigative level”, and that further test results are expected within three weeks’ times.

However, the coroner who carried out the autopsy told the Repubblica daily that the examination strengthened the hypothesis that Mastropietro was killed rather than dying of a drug overdose, due to signs that the woman suffered violence while still alive.

Two men are currently under investigation in connection with Mastropietro's death.

One of them is currently in detention for concealing and showing contempt for a body, but not for homicide, due to insufficient evidence. He remains under investigation for this crime, but denies all charges and has told investigators the woman died of a drug overdose and he ran away.

The other man is suspected of selling drugs to the woman, and also denies the charges. 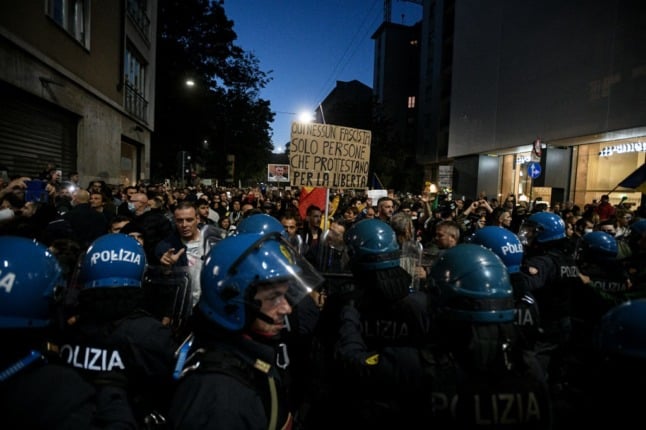 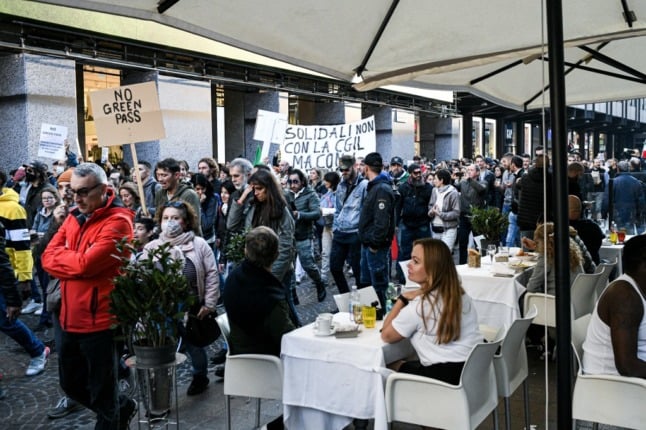