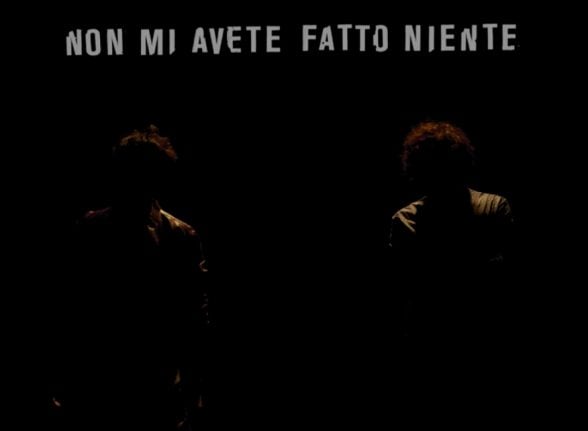 The song, whose title translates as “You didn’t do anything to me”, was on Sunday announced the winner of the annual Sanremo Music Festival, an Italian institution that serves as a talent pool for the Eurovision selectors.

Meta and Moro have since confirmed they’ll fly the musical flag for Italy at the 63rd Song Contest in Portugal in May.

It’s an interesting choice, for a number of reasons – here’s why.

It’s a song about terror attacks

Meta and Moro say that the song was inspired by the Manchester Arena bombing last May, in which 22 people were killed when a man blew himself up at an Ariana Grande concert.

Though they don’t refer to Manchester directly, the lyrics namecheck the scenes of a number of other terrorist attacks: Cairo, where gunmen attacked a church in December; Las Ramblas in Barcelona, where a van ploughed into pedestrians last August; France, where attackers targeted Parisian concert- and bar-goers in November 2015; London, subjected to coordinated attacks on public transport in July 2005; and Nice, the French city where a driver ran down people celebrating Bastille Day in July 2016. There’s also a reference to skyscrapers falling that evokes New York’s Twin Towers.

Hardly the whimsical stuff we’re used to from Eurovision, and quite a break from last year’s entry (a tongue-in-cheek song about pretentious millenials that memorably featured a dancing gorilla).

The main controversy about the song isn’t its subject matter, but its chorus – which is, ahem, “borrowed” almost word for word and note for note from a 2016 Sanremo entry, Silenzio. The composer of the earlier song, Andrea Febo, is credited as a writer on Meta and Moro’s track.

Their song narrowly missed being disqualified from Sanremo, whose rules state that all entries must be brand new. However, judges eventually decided to allow it on the grounds that it’s acceptable to “sample” other songs, so long as it’s brief.

The singers actually wrote the song

Unlike many a Eurovision performer picked to put a pretty voice/face/dance moves to a faceless composer’s lyrics, Meta and Moro (and Febo) actually wrote the song they’ll be singing in Lisbon. In fact, while they’re both experienced musicians, they’ve arguably had more success as songwriters: each of them has penned hits for better-known Italian artists.

While that would be unusual in most Eurovision countries, in recent years Italy has favoured singer-songwriters over separate composers and interpreters. Cynics might say that’s why it tends to lose out to flashier entries by performers picked for their stage presence, but everyone knows that Eurovision isn’t that shallow.

The fact that Italy picked a duo for Eurovision is unusual. More unusual still is that it’s two men. Barring a few exceptions, Italy heavily favours solo entrants: in its entire Eurovision history, it has sent only two groups and five male-female duos to the contest. It’s entered an all-male duo just once before, Umberto Tozzi and Raf in 1987. (They came third, so perhaps Italy should do it more often.)

Like that duo before them, Meta and Moro don’t usually perform together. They each released Non Mi Avete Fatto Niente separately on their respective solo albums – which suggests that, despite the fact their names go rather well together, this is a one-time collaboration.

One of them isn't from Italy

While Fabrizio Moro is Roman through and through, Ermal Meta – as you might be able to tell from his name – wasn’t born in Italy. He spent his early years in Albania before his family moved to Bari in Puglia when he was 13.

Of course, where a performer was born has no bearing on which country they can represent (how else did Switzerland get Celine Dion through?). By odd coincidence, though, Meta will be going up against another 30-something Albanian singer-songwriter who moved to Italy as a youngster: the fascinatingly named Eugent Bushpepa, who’s representing their native country with his – frankly not bad – soft-rock ballad Mall (“Yearning”). May the best Albanian win.