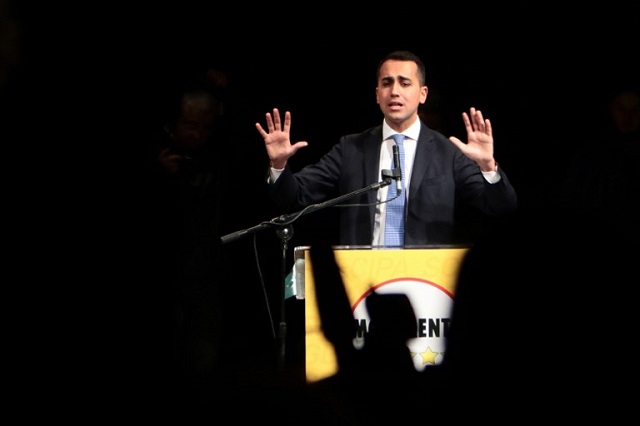 Around ten M5S lawmakers have been accused of reneging on an obligation to pay half their salaries into a fund for small and medium-sized businesses.

Party leader and potential future prime minister Luigi Di Maio, 31, has vowed to “root out bad apples” in the party, which has enjoyed a meteoric rise in popularity ahead of the March 4th polls. The party has campaigned on eradicating the scourge of corruption from Italian politics.

Media reports say the entrepreneur fund is short by more than 1.0 million euros ($1.2 million), if Five Star MEPs are included in the calculations. The MPs in question reportedly used a ruse by which their transfers of money into the fund showed up on a website created for transparency — only to cancel the transfers within 24 hours.

Following the revelations, Di Maio said he had asked two MPs who admitted their “mistake”, to repay the money, and to step down if they are reelected.

But he said: “In a normal country the news would be that the Five Star Movement has donated 23.1 million euros from their salaries, money that has helped to launch 7,000 companies and employ 14,000 workers.”

Former leftist prime minster Matteo Renzi, who is vying to regain the top spot, was quick to criticize the movement on Tuesday.

“Many of us have been laughed at, made to look like a laughing stock on social networks by the Five Star Movement. They said: 'We are honest, we are the only honest ones',” Renzi said. “This is not the case. The Five Star Movement is like all the others.”

Although M5S is the leading single party in voter surveys, the polls indicate that a coalition between the centre-right opposition Forza Italia party and far-right, anti-immigrant groups could end up in government. READ ALSO: Is Italy really giving all employees a ‘pay rise’ from August?