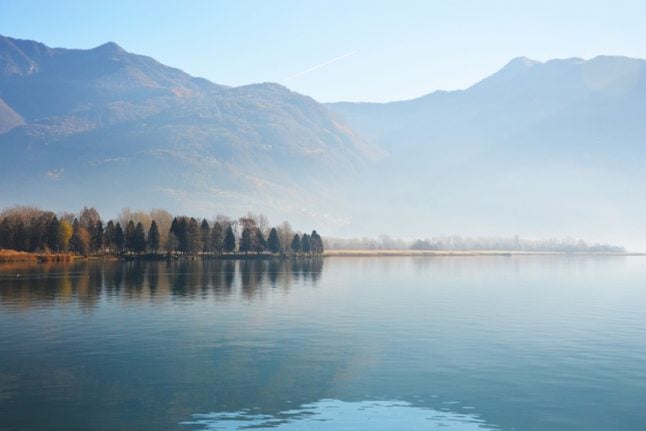 For an alternative to Venice’s crowded canals, seek out the lesser-known waterways of Bologna. While many of the city’s medieval canals were covered over, parts of the network are still visible today to those who know where to look.

The most famous view is from Via Piella, where a tiny window looks out across the Canale delle Moline as it flows between charming coloured houses. There are also viewing spots in Via Oberdan and from the bridge in Via Malcontenti; for a full list, check out the tourist office’s free guide. If architecture is your aphrodisiac, Pienza is the date spot for you. This World Heritage Site village overlooking the Orcia valley has some of Italy’s finest original Renaissance buildings, not least the impossibly elegant Palazzo Piccolomini – which is one of the locations where Franco Zeffirelli chose to film his dreamy 1960s Romeo and Juliet.

If the rest of the town looks like a movie set too, that’s because it is: Zeffirelli also shot street scenes there. We couldn’t tell you exactly where, but Pienza’s real-life Via dell’Amore and Via del Bacio seem like the obvious choices. Perched above the Adriatic, this seaside town is home to a restaurant that claims to be the world’s most romantic: the Grotta Palazzese, tucked into the limestone cliffs themselves. The setting is undeniably spectacular, but we hear the food doesn’t always measure up (have you been? Let us know what you thought).

In any case the restaurant is only open in summer, so don’t plan on spending Valentine’s night there. But whatever time of year you go, you can count on Polignano’s white-washed old town and spectacular turquoise waters to provide ambiance by the bucketload.

Bonus: it was the hometown of singer Domenico Modugno, which gives you every excuse to serenade your beloved with his most famous hit, Nel blu dipinto di blu. Built on the site of Roman and medieval ruins, these gardens are a short drive from Rome, but a whole world away. They were cultivated in the 1920s by the English wife of an Italian duke, who turned several acres into a carefully landscaped oasis in the Lazio countryside.

Today you can stroll among more than a thousand varieties of plants of and trees, as well as picturesque ruins, streams and stone bridges. The gardens are open to the public only on selected days; for optimum romance, save your visit for the warmer months so that you can enjoy their abundant roses. Located near Como and Garda, Iseo is less crowded than either and just as beautiful as both. By day, stroll the wooded slopes that surround it and admire Monte Isola, the mountain that soars from its centre; by night, enjoy the gourmet dining and excellent local wines right on its doorstep.

For the hardier romantic, we suggest a trip to this plateau in the mountains of Abruzzo. In the middle of a national park, it's flanked by picturesque hill towns and overlooked by the region's tallest mountain, the Corno Grande (“Big Horn”). In summer, cows and horses graze in meadows dotted with flowers, while in winter the area is transformed into a skier's paradise.

But the biggest draw for star-crossed lovers is the mountain observatory, Italy's highest at more than 2,000 metres up: take the cable way up for an evening tour and you're guaranteed an unforgettable view of the night sky. Visits are limited, so make sure you reserve well in advance. This one’s for the chocolate lovers among you. If your February 14th is all about the brown stuff, head to this retreat near Turin, where you can quite literally immerse yourself in it.

Not only is gourmet cocoa all over the menu, it can be all over you: the hotel offers chocolate spa treatments and will even run a chocolate bath for you and a partner. What happens next is up to you. These waterfalls may be man-made, but it was the Ancient Romans that made them – which makes it all the more astonishing that they’re the tallest of their kind in the world. And because they’re artificial they can be switched on and off, which they are a couple of times daily.

The moment when the waters suddenly come gushing out could be just the prompt you need to tell the object of your affection your true feelings (though you might have to shout).

What’s more, the falls are a short drive from Terni, the town from which the real-life Saint Valentine is said to have hailed. He’s Terni’s patron saint, and you can visit the basilica dedicated to him there today. Where better to pledge your everlasting love than a city that has weathered more than 2,000 years? You can visit the spectacular remains of this ancient Phoenician city on the Capo di Pula peninsula above ground or underwater: part of the town is now submerged, and local diving centres run snorkelling or scuba tours of the sunken city. We’ve chosen this medieval fortress for its literary associations: it was the scene of one of Italy’s most famous love stories, as told by Dante in the Divine Comedy.

In his poetic account, Gianciotto, the disfigured lord of Gradara sent his far handsomer brother Paolo to woo beautiful young Francesca on his behalf. She didn’t find out about the switch until the wedding night, by which point she and Paolo had fallen for each other. Jealous Gianciotto discovered them together and went to attack his brother; Francesca rushed between them and both she and Paolo were killed.

You can visit the chamber where the tragedy is said to have taken place, as well as admiring the rest of the medieval castle and the scenic hilltop village around it. This pretty seaside town is also the subject of legend, though this one has a happier ending: it’s said to have been founded by Adelasia, the royal daughter of Otto the Great, who eloped with a serving man, Aleramo. The two lovers fled to the Ligurian coast, where they lived in poverty before the emperor eventually forgave them and restored them to wealth.

The place where they lived out their married years still bears a version of Princess Adelasia’s name today. Their love story lives on in “baci di Alassio”, a kind of local macaron made with chocolate and hazelnuts, as well as a wall featuring statues and drawings of lovers – and a post box where people from all over the world can send their most romantic Valentine’s Day missives.