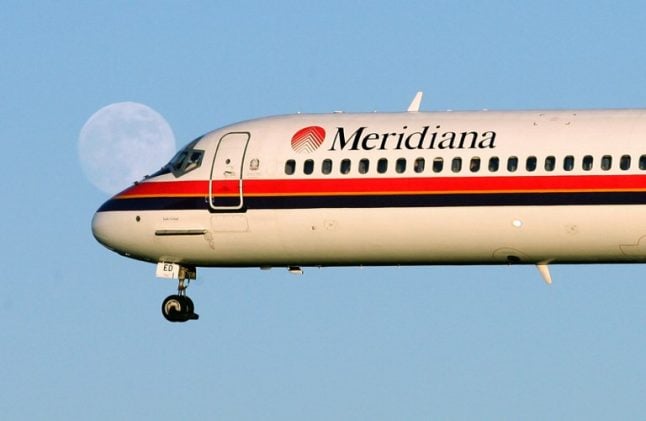 The new Air Italy, which is part-owned by Qatar Airways, aims to replace Alitalia, the bankrupt flag carrier that is in the process of being auctioned off in parts to other European airlines.

It is the fusion of Meridiana, the second-biggest airline in Italy after Alitalia, and Air Italy, a smaller, northern Italian airline that it bought in 2011.

The rebranding is accompanied by an ambitious expansion of its fleet and flight routes, designed to attract 10 million passengers by 2022.

It will expand its domestic services with new connections between Milan and Rome, Naples, Palermo, Catania and Lamezia Terme from May. They'll be followed by three new international services: daily flights from Milan to New York and four flights a week from Milan to Miami, both starting in June, and from September, four flights weekly from Milan to Bangkok.

Another three new long-haul routes are expected to be announced by the end of the year. And in 2019, Air Italy will add its first long-haul flights from Rome.

While Milan Malpensa is the airline's international hub, its headquarters will remain in Olbia, Sardinia, Meridiana's historic home. The airline plans to add a handful of domestic connections to Sardinia, as well as two new direct flights to London and Moscow.

“We're working to build an efficient airline with high quality services that offers an alternative to Italians and to all international tourists who want to visit Italy,” said Akbar Al Baker, CEO of Qatar Airways, which owns 49 percent of the new Air Italy.

The other 51 percent is controlled by Meridiana's original owner, Alisarda, which was founded by millionaire religious leader Prince Shah Karim Al Hussaini, the Aga Khan IV.