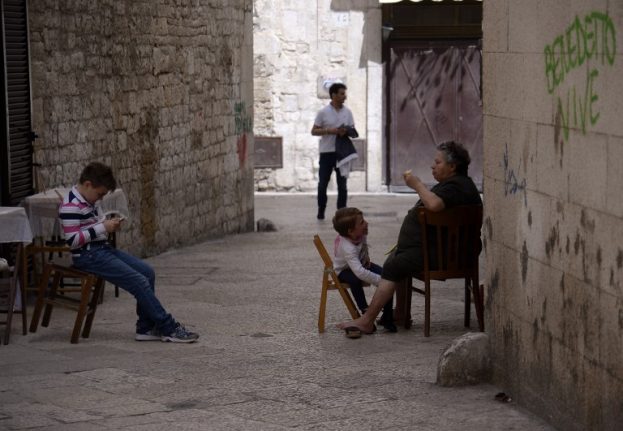 Someone in the northern province of Trentino can typically expect to live three years longer than a compatriot in southern Campania, according to the National Observatory for Italy's Regional Health, while completing a higher education adds up to five years to your life expectancy.

Examining nationwide data on health, the observatory found broad differences in average life expectancy between the south, where men typically live to 79.8 years and women to 84.1, and the wealthier north – especially the north-east, where people live longer on average than in any other part of Italy: 81.2 years for men and 85.6 for women.

The gap becomes even more glaring when you compare the two extremes: Florence, Italy's longest-living province with overall life expectancy of 84.1, has nearly four years on Caserta or Naples, the two provinces at the bottom of the scale where residents can expect to live to 80.1.

The north of Italy, where much of the country's industry, finance and commerce is based, consistently beats the south in almost every measure of quality of life.

Yet education can prove an even bigger indicator than geography, the health data showed. Nationally, men with a university degree can expect to live to 82; for men with only basic schooling, the figure drops to 77. For women, it's 86 and 83 years respectively.

People without a higher education were also more likely to have at least one serious chronic health condition, especially among older age groups.

The observatory, part of the Public Health Institute at the Catholic University in Rome, said the inequalities were “too pronounced” and spoke to failings in Italy's health policies.

“The goal of creating the National Health Service, as well as looking after people's health, was to overcome the regional imbalances in the nation's social and health conditions,” said scientific director Alessandro Solipaca. “But on this front the data testifies to the substantial failure of the policies adopted.”

The study recommended rethinking the way funding for health services is allocated by region, as well as increasing efforts to counter poverty and tackle tax evasion, which deprives the state of much-needed resources. It also stressed the importance of strengthening the national health system rather than taking measures that would favour private insurance, which it said would only heighten existing inequalities.

Despite Italy's problems, the observatory pointed out that its health gap between graduates and non-graduates is actually smaller than in many other countries in Europe that require residents to pay for health insurance. By this measure of health equality Italy is second only to Sweden, and ahead of wealthier countries such as Finland, Norway, Denmark and Germany – a fact that the observatory said was testament to its national health service.