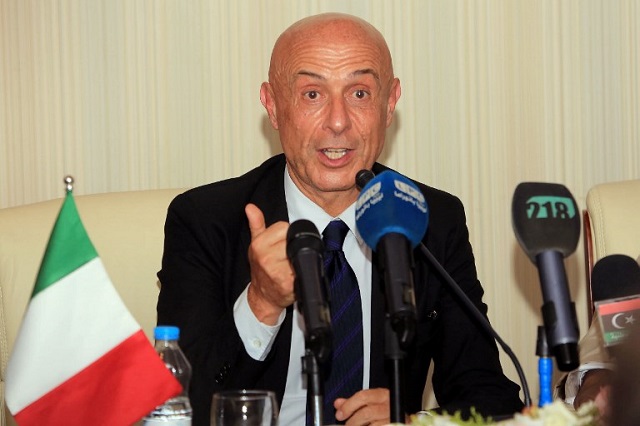 Interior Minister Marco Minniti said it was a “fact” that there was “a concrete risk of the mafia conditioning the free vote”.

“To say that the mafias are a threat to democracy does not seem irrational on the eve of an electoral competition,” Minniti said in a speech at the Italian Senate.

He went on to say there had been “too much silence on these issues” in the election campaign so far, and that Italy faced a “double threat” of terrorism and mafia-linked crime.

There are several organized crime groups in Italy, the most well-known being the 'Ndrangheta in Calabria, the Cosa Nostra in Sicily, and the Camorra in Campania. Each of these has been linked to vote-buying and intimidation cases in the past, particularly at a local and regional level.

Minniti was speaking at the presentation of a report by the parliamentary anti-mafia commission.

The report said that Italy's mafia groups and particularly the Cosa Nostra have shown “an extraordinary capacity for regeneration.

The death last year of Toto Riina, the Cosa Nostra's so-called 'boss of bosses', had “paradoxically” strengthened Italy's mafia, according to the commission's president, Rosy Bindi, who said the group was actively restructuring.

This gave the group a possibility for renewed strength, Bindi said, after being hampered by Riina, a leader who could not be replaced because of the clan's hierarchical structure but, due to his imprisonment, could not properly direct the group.

Riina's death prompted some experts to suggest that the Cosa Nostra's decline would follow, while others suggested that the chance to choose a successor could revitalize it. Justice Minister Andrea Orlando warned at the time that Italy “must not lower its guard”.

Wednesday's report also warned of mafia involvement in managing migrant arrivals, and noted that northern Italy was not “immune” from mafia infiltration.

One anti-mafia expert with 20 years of experience, Antonio Cartosio, said in autumn 2017 that while mafia mass-killings have become far rarer in recent years, the criminal groups continue to play an important role in Italian society.

Speaking ahead of regional elections in Sicily, Cartosio commented: “The political sector has lent itself greatly to [organized crime's] infiltration of the social fabric.”

Local councils are dissolved on a semi-regular basis in Italy due to mafia infiltration, sometimes leaving the affected towns without an elected council for years at a time.