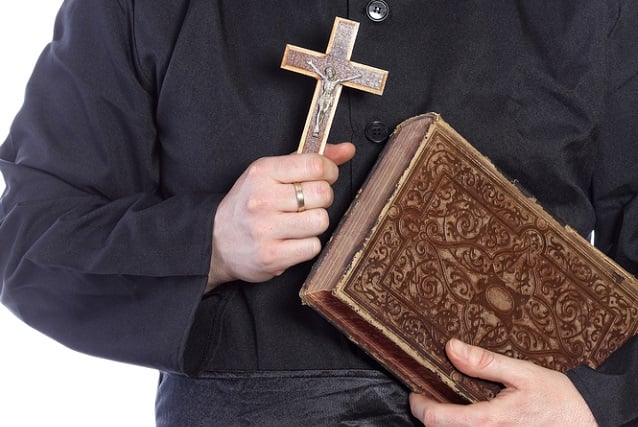 File photo of a man holding a cross and Bible: ambrozinio/Depositphotos

That's according to Sicilian priest and trained exorcist Benigno Palilla, who told Vatican Radio that there were about 500,000 cases requiring exorcism in Italy each year.

Palilla blamed the rise in demand on a growing number of people seeking the services of fortune tellers and Tarot readers. Such practices “open the door to the devil and to possession”, he claimed. However, he noted that many cases were not actually related to demonic possession, but to spiritual or psychological problems.

Figures from consumer organization Codacons in October 2017 showed that 13 million Italians, or a quarter of adults in the country, regularly visited astrologers, card readers, or fortune tellers. That number was up by 3 million on 2001, and may well have been influenced by the economic crisis.

A separate report from 2014 showed that job loss was one of the top reasons for Italians seeking out these services, which represent a market worth an estimated €8 billion.

Palermo priest Palilla holds training courses in the Sicilian capital, which have the blessing of the Bishops' Conference. Experts on sects and Satanism will also speak at his course. However, he said that younger priests were less willing to train as exorcists.

Exorcism is recognized under canon law, after the Vatican in 2014 gave its backing to the International Association of Exorcists.The group built on an Italian association set up in 1991 by Father Gabriele Amorth, the Vatican’s chief exorcist.

This association has around 400 members, 240 of them based in Italy.

Exorcism rites should only occur with authorization from the diocesis and the practice is not without controversy. There have been some cases of phony exorcists sexually assaulting women and children under the guise of faith healing.