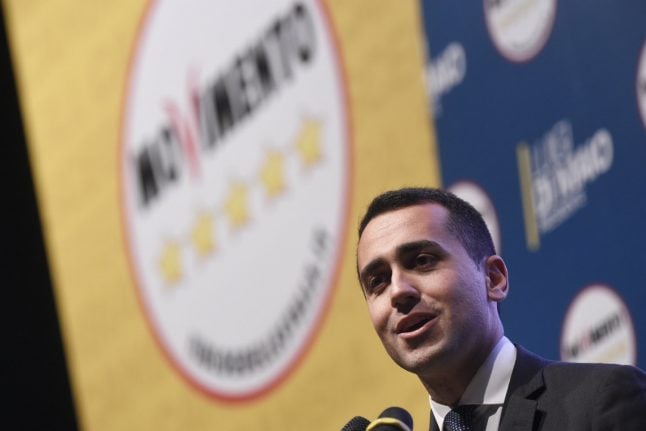 With boyish good looks and an easy-going manner, the 31-year-old was sworn in as minister on Friday after leading his party to astonishing electoral success on March 4th, propelling the grass-roots mavericks to the forefront of Italy's political scene for the very first time.

With almost 33 percent of the vote, Five Star became the largest single party in parliament, although it fell short of a majority. Tasting power, the ambitious Di Maio looked right and left for a coalition partner, finally striking not one but two separate deals with the nationalist League party that take Five Star to the big time.

His willingness to jump into bed with both the centre-left Democratic Party, who Five Star has spent years ferociously criticising, and the far-right League, who in June 2017 Di Maio said he “had no intention” of allying with, caused critics to accuse him of putting power before policies.

But the young Neapolitan insists it is his desire to begin “to take care of Italy's problems” that drives him, even renouncing the role of premiership, which he has long eyed, in a compromise to form a government with the League.

Di Maio has instead settled for his ministerial pick of minister for economic development, pledging to breath new life into Italy's stagnating economy. Charming and clean-cut, his election as party leader in 2017 represented an important shift for Five Star — from the frantic conspiratorial ranting of iconoclast founder and stand-up comedian Beppe Grillo to a new measured,
reassuring style.

“He is very popular among the party faithful and his strength lies precisely in being completely different from Beppe Grillo, both in his communication style and in his appearance,” said Alberto Castelvecchi, a professor at Rome's Luiss University.

But despite the apparent differences, the southern upstart is very much a Grillo disciple. He has been involved with Five Star since its creation in 2009, campaigning against corruption and the European Union while promoting political transparency and direct democracy.

Following the February 2013 election, Five Star won a spectacular quarter of the vote and Di Maio, then aged just 26, was among 108 M5S candidates elected to the Chamber of Deputies, the lower house of the Italian
parliament. A month later he became the chamber's youngest ever deputy speaker.

His stunning ascent did not go unnoticed and the nature of his elevation to rank of prime ministerial candidate raised eyebrows. Selected via an online vote, in which Di Maio's competitors were relative unknowns, many commentators branded his election as a coronation organised by “puppet-master” Grillo.

“Is it the man who is being chosen or his readiness to take orders and advice?” asked newspaper La Stampa at the time.

Others questioned his political authenticity, accusing him of being a hybrid creation of Grillo and consultants. “Di Maio was created to be moderate, reassuring to mums,” according to Italian political journalist Jacopo Iacoboni. Di Maio was born on July 6, 1986 into a well-to-do family in Avellino near Naples. His father Antonio had a small construction business and was an activist for the now-defunct neo-fascist party Italian Social Movement, while his mother Paola was a Latin teacher.

The eldest of three children, Di Maio studied computer engineering at Naples University, later switched to law and never completed a degree. According to a CV posted on M5S's website, Di Maio founded his own web and social media marketing business while studying, as well as working on video projects.

That focus on marketing and presentation helps explain why Five Star has managed to shift its tone on key issues with Di Maio at the helm.

The party had consistently called for Italy to leave the single currency eurozone, but Di Maio has moderated their stance, making conciliatory overtures to the bloc, which could complicate future policy decisions with the strongly eurosceptic League.

His reaction was also noted following the murder of a teenage girl, blamed on a Nigerian, and a far-right revenge shooting that left six African migrants injured in the central town of Macerata in February. Amid public outcry, Di Maio stayed silent on the gun rampage and instead focused on former prime minister Silvio Berlusconi for creating the “ticking social time bomb of immigration”.

“On matters like ethics and immigration,” wrote Catholic weekly Famiglia Cristiana, Di Maio's ideas are “like those of a surfer riding a wave”.