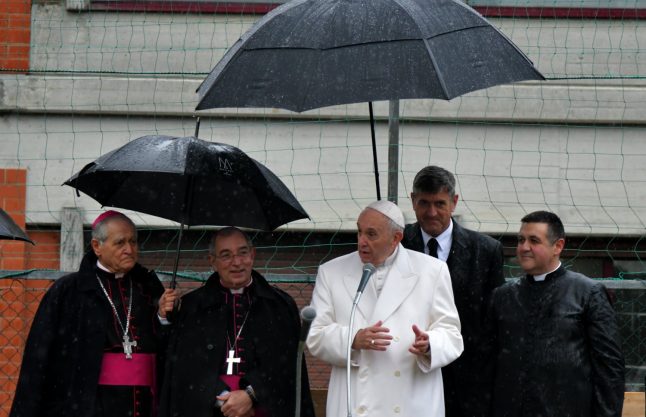 “This February has been one of the most violent (periods) in seven years of conflict,” he said during Angelus prayers. “All this is inhuman. One cannot fight evil with another evil.”

“I therefore issue an urgent appeal for an immediate halt to violence to allow access to humanitarian aid — food and medicines — and the evacuation of the wounded and sick.

New air strikes hit Eastern Ghouta on Saturday raising the civilian death toll from seven days of intense bombardment to over 500 including more than 120 children, according to the UK-based Syrian Observatory for Human Rights monitor.

But the proposal will not apply to “individuals, groups, undertakings and entities associated” with Al-Qaeda and the Islamic State group.