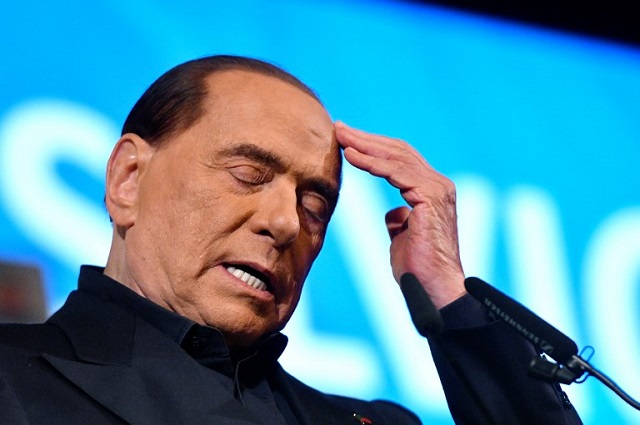 Ever the showman, the media magnate gained notoriety for a series of offensive comments and diplomatic gaffes during his time at the helm of Italy:

In September 2001, two weeks after the terrorist attacks in the United States, he caused outrage in the Islamic world when he said the West “should be confident of the superiority of our civilization”.

In 2010 he offended the Jewish community in turn when he told a joke about a Jewish family hiding another Jew for a hefty rent, without telling him World War II was over. In 2003, he sparked a full-blown diplomatic crisis with Berlin when, after heckling by Euro-MP Martin Schulz and others at the European Parliament, he said that the German would be perfect to play the role of a Nazi camp guard in a film.

Two years later, in 2005, he offended Finland when he criticized its food and claimed he had used his “playboy” charm to convince President Tarja Halonen to allow the EU's Food Safety Authority to be located in Parma, rather than Finland.

In 2008, shortly after the election of Barack Obama as US President, Berlusconi said “he's young, he's handsome and he is tanned”.

In 2003 Berlusconi supported the record of Fascist dictator Benito Mussolini claiming “he never killed anyone” but merely “used to send people on holiday”.

In 2006 he accused Chinese communists under the regime of Mao Zedong of having had babies boiled “to fertilize the fields”.

In 2008 he ruffled feathers in Spain mocking the prominent role women had in the new cabinet. He said the new government of prime minister Jose Luis Rodriguez Zapatero was “too pink” and predicted “he'll have problems leading them”.

In 2009, after two rapes around Rome, he said he wished there were enough soldiers to protect “beautiful girls”, adding that rapes were impossible to prevent “even in a police state”.

He then in 2010 tried to laugh off a potentially damaging sex scandal involving a young girl by saying: “It's better to be passionate about beautiful women than to be gay.”

Responding to critics who questioned whether he was too old for politics, in the run-up to the 2018 general election, the 81-year-old tweeted: “I'm like a good wine, with age, I only improve, now I'm perfect.”

Berlusconi compared himself variously with Napoleon and Jesus Christ during the election campaign in 2006. In 2009, in the aftermath of the earthquake in L'Aquila that killed more than 300 people, he raised eyebrows when suggesting the homeless should look at their plight as a kind of camping trip.