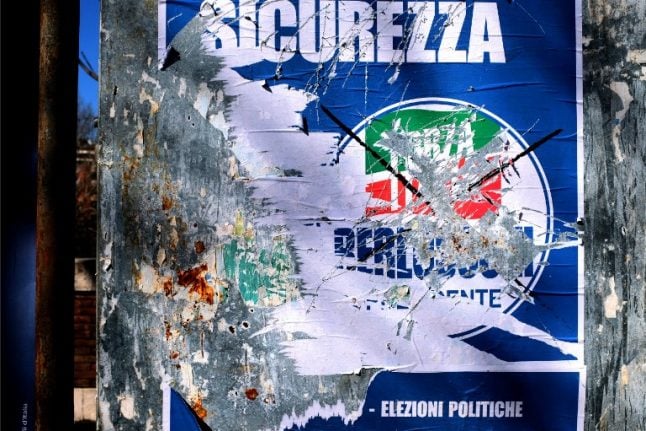 The prospect of a grand coalition between Silvio Berlusconi's Forza Italia (Go Italy) party and the ruling centre-left Democratic Party (PD), envisaged before the vote, is no longer feasible after the two underperformed on election night.

The results leave the populist Five Star Movement (M5S) and the far-right League party in the driving seat as the country looks to cobble together a government with a working majority.

The coalition formed of far-right groups and Silvio Berlusconi's centre-right Forza Italia party took 37 percent of the vote, the leading bloc in the poll.

In a stinging defeat for Berlusconi, the anti-immigrant League party headed by Matteo Salvini emerged as the strongest movement within the coalition, taking almost 18 percent of the vote compared to Berlusconi's 14 percent.

The bloc is short of an absolute majority but, speaking after the vote, Salvini said it had the “right and the duty” to govern the country.

The eurosceptic also staked his claim for leadership saying that the leading party in the coalition should nominate the future premier. The maverick Five Star Movement was the other election success story, sweeping Italy's south to become the single leading party with 33 percent of votes.

Despite previously ruling out forming alliances, its leader Luigi di Maio said he “felt the responsibility to form a government for Italy” and would be open to discussions.

Having previously ruled out forming alliances, Di Maio said the party was ready to open discussions “with all political actors” to help form a majority in parliament.

The far-right League has ruled out any partnership, with leader Salvini stating: “N.O. No, underlined three times.”

That leaves the shock prospect of M5S teaming up with the Democratic Party , whose centre-left coalition picked up just under 23 percent of the vote.

Defeated PD leader Matteo Renzi has said he will not step down until a new government is formed, and insisted that the party would “not be a crutch for anti-system forces”.

That has angered those within the PD who are open to working with M5S.

“In order to cling on, [Renzi] is willing to stall the political system,” said Michele Emiliano, governor of the Puglia region and a leading PD member. If there is no clear majority, President Sergio Mattarella could choose to leave in place the current centre-left government of Prime Minister Paolo Gentiloni.

This would allow time to set up a temporary government to reform the electoral law and organise new elections.

But the process would take time as consultations could only start after parliament's newly-elected lawmakers meet for the first time on March 23rd to elect speakers of the two houses of parliament.

After a stalemate following Italy's last election in 2013, it took more than two months to form a government.

READ MORE: The Local's full coverage of the Italian election

By Ljubomir Milasin and Lucy Adler