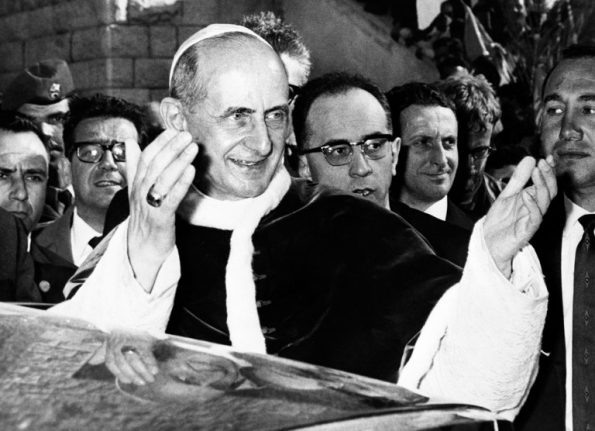 Oscar Romero, the archbishop of San Salvador who was assassinated in 1980 after speaking out against repression and social injustice in his country, will also be canonized, the Holy See said in a statement.

Pope Francis signed decrees on Tuesday giving the go-ahead for the honours on the basis of miracles attributed to each candidate, the statement said.

The pope put Paul VI on the path of sainthood by beatifying him in October 2014, while Oscar Romero was likewise elevated to the status of “blessed” in May 2015.

The Second Vatican Council, or Vatican II, brought wide reforms to the Church and revolutionized the relationship between Catholic believers and priests.

Notably mass, historically celebrated in Latin, was translated into local languages and priests addressed their congregations face-on instead of facing the altar.

Romero's beatification came after decades of controversy over his defence of the poor and repressed, which divided both El Salvador and the Church. He was assassinated at the outset of El Salvador's civil war. That propelled the country deeper into a brutal conflict that raged until 1992, when the right-wing government signed a peace deal with leftist guerrillas.

The movement to make Romero a saint was long resisted by conservative Catholics and the Salvadoran right, who saw veiled Marxism in his sermons eulogizing the poor and radio broadcasts condemning government repression.

READ ALSO: The pope has made it easier for people to become saints