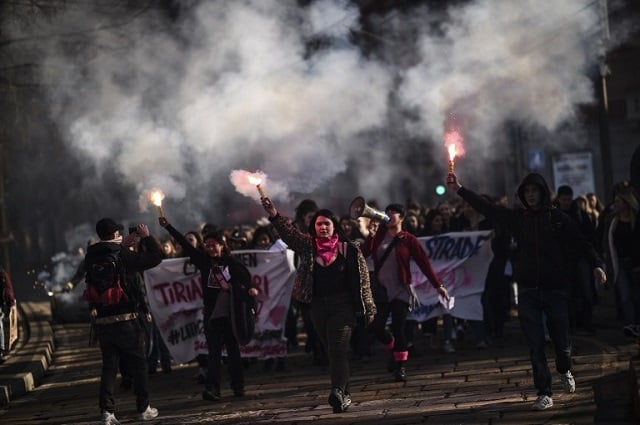 Women march behind an English-language banner in Milan's city centre. Women in right masks paint feminist slogans on the street. Symbols used on he march includes hearts, flowers, and the Venus symbol. A young man taking part in the protest. A woman wears a placard in support of reproductive rights. Female members of the Italian Police Honor Guard pictured at the Quirinale (far left and far right), which was decorated in yellow mimosa, the flower that is the symbol of Women's Day in Italy. There were plenty of nods to the #MeToo movement.