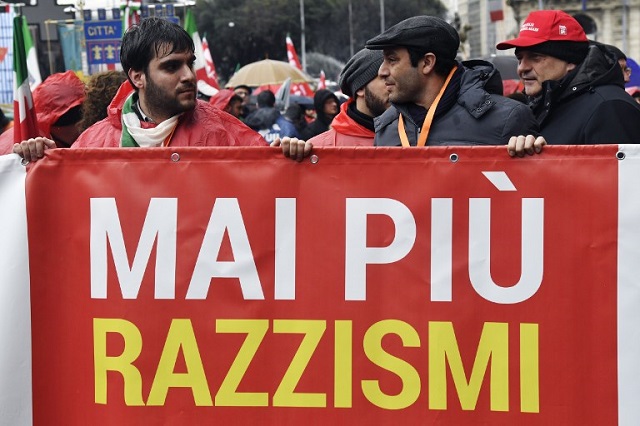 Idy Diene, a legally resident street vendor aged 54, was gunned down Monday by a 65-year-old man who said he chose his victim at random after initially intending to kill himself and leaving behind a suicide note for his family.

A peaceful throng of Italians joined members of Senegalese local associations in Santa Maria Novella square in Florence's historic centre for the rally.

Some brandished banners with slogans such as “Idy was a man of peace,” and “Florence anti-fascist.”

Some placards also read “Nardella, you are the true disgrace. Clean the city of racism,” in allusion to leftist mayor Dario Nardella.

Nardella, who attended the rally, caused consternation after tweeting that some members of the Senegalese community had engaged a “violent protest” following their compatriot's death. Some municipal flower pots were kicked over and broken.

Senegalese associations have in recent days raised money to repair the damage as part of wider fundraising efforts for the family of Diene, who leaves behind a partner and a daughter.

Florence also saw the killing of two Senegalese street vendors in 2011 by a far-right activist.