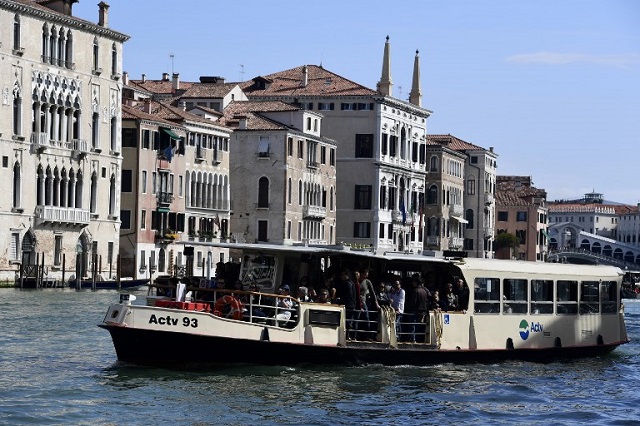 The fuel, which is 15 percent renewable, will be produced in a Venetian refinery and made using cooking oil from local households.

To begin with, all of the city's water buses will use the new fuel for a trial period of seven months, between April and October, after local authorities signed an agreement with energy company Eni, transport agency Avm and utility firm Veritas. Authorities will monitor emissions levels throughout the trial in order to decide if it should be extended.

“This is a moment of pride for our city, because we're sending a strong signal about our attention to the environment, jobs, and the economy,” said Venetian councillor for economic development Simone Venturini.

Veritas, which is responsible for collecting and processing waste in Venice, will send domestic cooking oil to Eni's bio-refinery, the first of its kind in the world, where raw materials such as fat and oil can be transformed into a biofuel called Eni Diesel+.

This kind of fuel, which can reduce fuel consumption and the need for engine maintenance, has already been used in buses in Turin on a trial basis.

In late 2016, Venice added an electric water bus to its fleet as part of a move towards more eco-friendly public transport.

Boats are responsible for a large proportion of air pollution in Venice, though large cruise ships are the worst offenders. The biggest boats will soon be banned from the historic centre, Italy's transport minister said last July.