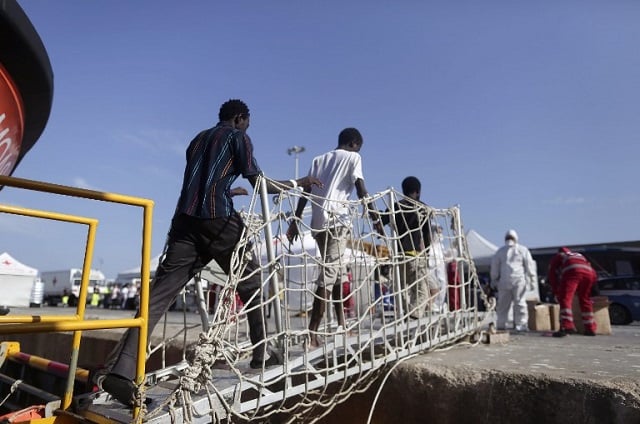 The 22-year-old, named Segen, was one of 93 people taken onboard a rescue boat operated by Spanish NGO Proactiva Open Arms on Sunday. The organization's founder Oscar Camps had announced Segan's death in a Sicilian hospital on Twitter on Tuesday: “He was Eritrean and he had spent 19 months in Libya.”

“He was a person,” said Camps.

Many of those rescued by the Spanish NGO's boat and taken to Pozzallo port in Sicily were suffering from malnutrition, exhaustion and dehydration. The condition of Segen's fellow migrants shocked even people used to seeing distressed arrivals from Libya.

“They were all skin and bone, they looked like they'd come out of a Nazi concentration camp … it was terrible, ” the mayor of Pozzallo, Roberto Ammatuna. told the Adnkronos news agency.

“Many of the migrants had scabies, but what really left us speechless was their physical condition. Men, women and children without any trace of flesh on them, just a jumble of bones.”

The Open Arms found the boat in which Segen had set sail from Libya with 92 other migrants on Saturday night adrift in the Mediterranean.

Despite his condition rescuers on the Open Arms found two people with even worse cases of malnutrition who had to be urgently evacuated from the ship.

“Who knows how long he hadn't eaten for. He was suffering from advanced organ wasting, he was skeletal,” said Carmelo Scarso, a local doctor, of Segen to La Repubblica newspaper.

“We've seen plenty of worn out migrants, but this was beyond the limits,” he said.