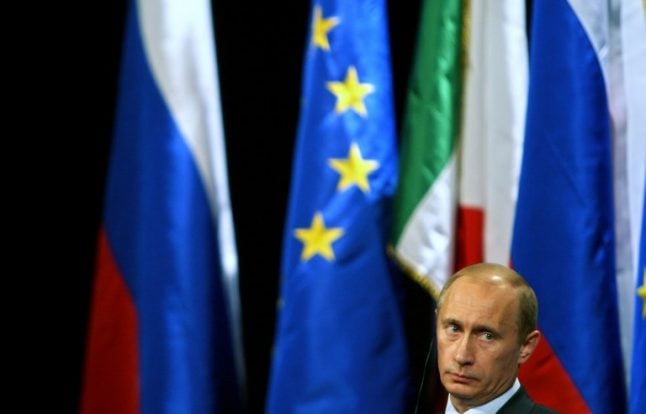 As a “sign of solidarity with the United Kingdom and in coordination with European partners and Nato allies”, Italy's Ministry of Foreign Affairs said on Monday that it would give two employees of the Russian Embassy in Rome one week to leave the country.

The two Russians have diplomatic credentials, the ministry said.

Italy is one of several members of the European Union to expel Russian diplomats in the wake of the March 4th attack on former Russian spy Sergei Skripal and his daughter Yulia, which also left a British policeman in serious condition.

EU leaders agreed last week that Russia was probably involved in the attack, which involved a military-grade nerve agent, and recalled the bloc's ambassador to Moscow.

The Russian government denies the accusations.

The UK ordered 23 Russian diplomats home in response to the attack. Many of its neighbours, including France, Germany, Sweden, Denmark, Poland, Ukraine and the Czech Republic, have already expelled Russian diplomats and others may yet follow, according to European Council president Donald Tusk.

Meanwhile the United States announced on Monday that it would expel 60 staff from Russia's embassy in Washington DC and the United Nations in New York. Italian Prime Minister Paolo Gentiloni with the UK's Theresa May at an EU summit on March 22nd. Photo: Emmanuel Dunand/AFP

Italy, which has close ties with Russia, was slower than many of its EU allies to comment on the attack. Eleven days after the Skripals were found unconscious in Salisbury, southern England, the Italian Foreign Ministry said it was “very worried” by the attack – but avoided any direct mention of Russia.

Prime Minister Paolo Gentiloni subsequently expressed Italy's “complete solidarity” with the UK in a phone to his British counterpart Theresa May, saying that Rome believes in the “full legitimacy” of the UK's demand for answers from Moscow.

Among the most vocal is League leader Matteo Salvini, part of a right-wing coalition that won 37 percent of the vote. Last spring he travelled to Moscow to sign a 'collaboration agreement' with the deputy speaker of the Russian parliament.

Both Salvini and his coalition partner Giorgia Meloni congratulated President Vladimir Putin on his re-election last week, while Silvio Berlusconi, leader of the other main party in the alliance, has had a close friendship with Putin for decades.

The Five Star Movement, which emerged as the largest single party in the March 4th vote, has also called for closer ties with Russia and opposed sanctions.