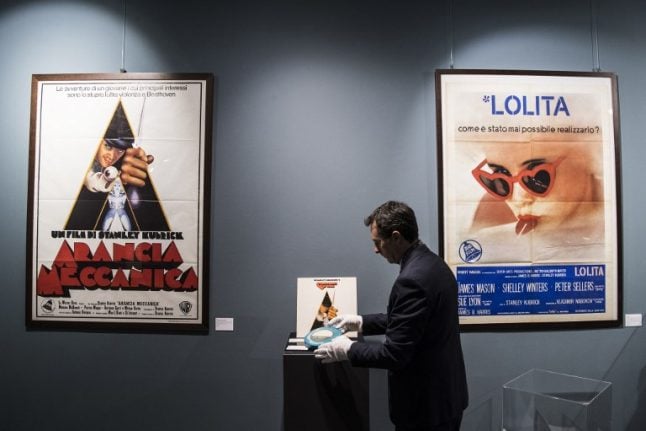 Termed “the most important collection of material relating to the life and work of Stanley Kubrick ever offered at auction”, the items began going under the hammer mid-afternoon and fetched nearly €90,000.

Props, promotional materials and costume items from groundbreaking films such as Doctor Strangelove and 2001: A Space Odyssey, and even Kubrick's old shopping lists, were all up for grabs.

Some went for eye-catching sums at the Bolaffi auction house sale in the northern city of Turin. The jacket worn by horror icon Jack Torrance, masterfully played by Jack Nicholson in The Shining as he descends into madness while snowbound with his family in the Overlook Hotel, fetched €19,000 – almost double the minimum list bid of €10,000.

The surprise sale of the afternoon however was Kubrick's Writers Guild of America membership card, which smashed its asking price of €1,000 and sold for €13,000.

The Shining dominated the big sales, with key chains from the Overlook Hotel going for €2,800 – almost triple the asking price. And a long fragment from the film, in which Torrance's stricken wife Wendy carries her son Danny, sold for more than double the starting price of €3,000.

The cuts, which went for €6,500, are particularly rare because Kubrick would burn all leftover film after editing. The collection was put up for auction by Emilio D'Alessandro, an Italian who emigrated to “the frenzy of Swinging London” in the early 1960s and worked with Kubrick from 1971 until the day the American director died in 1999, and his wife Janette.

But a price of €1,500 failed to attract bidders to lot 51, “Shopping with the Kubricks”: a series of notes about food shopping, one of which asks Emilio not to buy any more radishes “because there are so many in the garden”. D'Alessandro, 76, started out as Kubrick's driver, before in his own words becoming “Mr Fixit, finally confident and trusted friend of one of the great geniuses of the 20th century”.

His first job for Kubrick was to transport a “giant phallus” to the set of Clockwork Orange, making his way across the icy roads of wintery London with the prop sticking out of the window.

“I thought to myself, 'This is shameful'. There were people out there waiting for the bus!” D'Alessandro said in an interview carried out for Bolaffi.

Now back in his hometown of Cassino, around 73 kilometres from Rome, the Italian has kept storerooms full of Kubrick paraphernalia because if he or the film crew hadn't taken it with them, he says, “they would have had to be destroyed”.

Some people are even using crates from Full Metal Jacket as rabbit hutches, none the wiser as to its origins.

Asked what Kubrick would say if he were still alive D'Alessandro said: “He would say to me, 'Thank you for finding someone who will use these things.'” 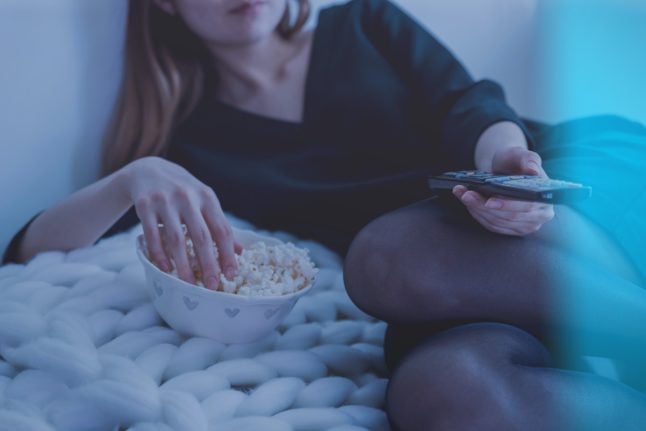 CHRISTMAS
Seven classic films to watch for an Italian Christmas