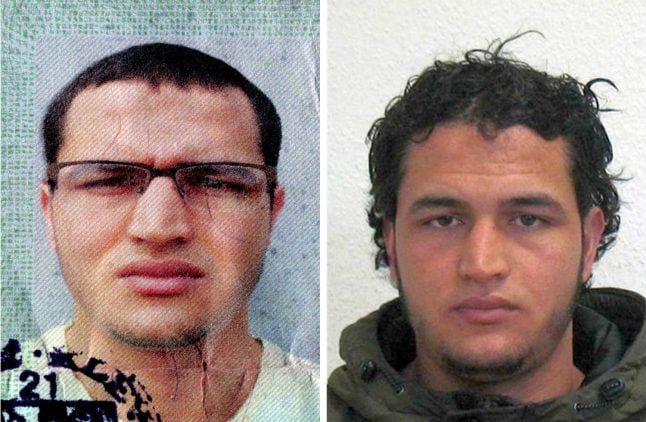 Warrants were issued for one Palestinian national, who is accused of training and other activities for the purpose of international terrorism, and four Tunisians suspected of falsifying documents and facilitating illegal immigration.

They were named as Abdel Salem Napulsi, a 38-year-old Palestinian who was already being held at a Rome prison on separate drug charges, and Tunisian nationals Akram Baazaoui, Mohamed Baazoui, Dhiaddine Baazaoui and Rabie Baazoui, living in the southern cities of Naples and Caserta.

Searches were also carried out in the provinces of Latina, Matera and Viterbo.

The suspects were traced by analyzing the mobile phone records of Anis Amri, the man who killed 12 people and wounded 56 when he drove a truck into a crowded market in the German capital on December 19th 2016. Four days later Italian police tracked him to Milan, where he was killed in a shootout.

That led to an investigation into Amri's contacts in Italy, where he spent some four years prior to entering Germany. Italian authorities deported three foreign nationals he is believed to have been in touch with and who were judged a threat to national security.

Thursday's arrests suggest that his network in Italy may have extended further.

A video from the Rome police showing parts of what they described on Thursday as a “vast counter-terrorism operation”.

Phone records show that those detained were in contact with some of the same individuals to whom Amri was also speaking.

In calls to a known drug dealer and radical, police said, Napulsi was recorded talking about cutting off the heads and genitals of “infidels”, regretting that Tunisia was not under sharia law and complaining about the sight of women “walking around half naked” in Italy.

According to Repubblica, shortly before his arrest last October he attempted to buy or rent a truck that could be fitted with weapons.

The other suspects, meanwhile, were in touch with another of Amri's acquaintances. They allegedly helped dozens of Tunisians enter Italy illegally in exchange for hefty payments, providing fake documents that allowed their customers to enter other European countries.

“There is no concrete element to suggest that they were preparing an attack but there are elements that suggest they were getting ready for this.”

Thursday's raids are the third anti-terrorism operation in Italy in as many days.

On Wednesday a Moroccan-Italian was arrested in Turin, accused of plotting to carrying out truck attacks in Italy, while on Tuesday police detained an Egyptian-Italian suspected of seeking to radicalize youngsters at an Islamic cultural centre in Foggia.

Separately, authorities had already placed Rome on heightened security alert in preparation for Easter celebrations that are expected to draw crowds of thousands. Anis Amri's body after he was shot by police in Milan. Photo: Daniele Bennati/AFP

Amri arrived in Italy in 2011, landing on the southern island of Lampedusa by boat. After committing robbery and other crimes he was sentenced to four years in prison in Sicily and is believed to have left Italy for Germany soon after his release, after Tunisia refused to repatriate him.

He is believed to have begun planning attacks around the same time, having been in touch with Isis recruiters and eventually pledging allegiance to the Islamist terrorist group.