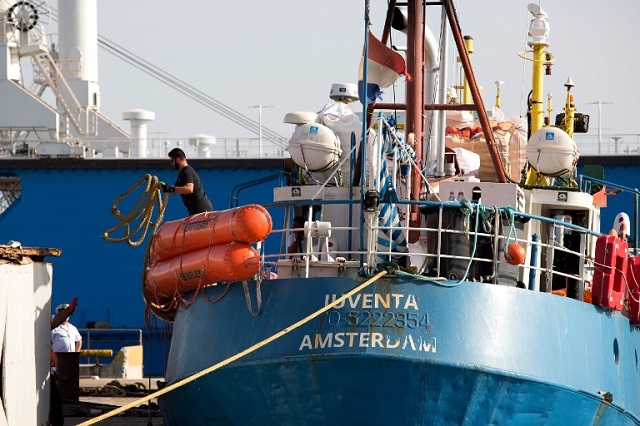 The Italian Court of Cassation did not say why it had turned down the NGO's request for the release of the Iuventa, a 33-metre (110-foot) motorboat seized off the island of Lampedusa on August 2nd.

At the time, the state police force had said that circumstantial evidence had come to light in a probe dating back to October 2016 which suggested the boat was being used for “activities facilitating illegal immigration”.

Two security officers employed on another rescue boat presented images that they alleged showed Jugend Rettet members conversing with suspected smugglers. They had also allegedly been seen sending back a wooden boat to Libya that was then used to transport more migrants.

But Jugend Rettet denies the allegations, saying the officers had misinterpreted particularly complicated rescue operations carried out on two days in June 2017 when many boats were in distress. A detailed study by the Forensic Oceanography collective of all available images and radio exchanges in the area over those two days also cast doubt on the allegations.

The court was making it possible to “criminalize rescue at sea and showing solidarity with other human beings on the run. But as long as people continue to die at sea, we will continue our fight,” Kuelker said.

By contrast, an Italian judge last week ordered the release of another migrant rescue ship, belonging to the Spanish aid group Proactiva Open Arms. That boat had been seized in mid-March after NGO workers refused to hand over migrants saved during a rescue mission off the Libyan coast to the Libyan coastguard, instead delivering them to the Italian island of Sicily.

The judge argued that Libya “was not yet in a position to take in rescued migrants while ensuring their fundamental rights were respected” and considered that the NGO had acted “out of necessity”.

In recent days, more than 1,500 migrants were rescued off Libya and at least 11 people have died after boats capsized.