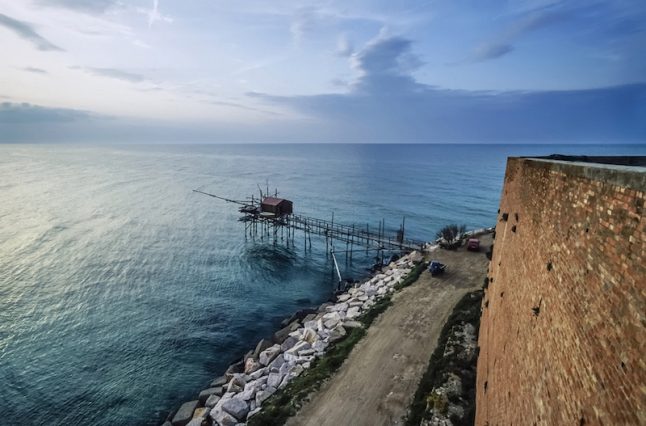 According to Italy's National Institute of Geophysics and Volcanology (INGV), the quake measured 4.2 on the Richter scale and its epicentre was around a kilometer from the small town of Acquaviva di Collecroce, in the province of Campobasso in Molise.

Ansa spoke to people in tears in nearby San Giacomo degli Schiavoni, who said they had fled their houses.

According to the news agency, the tremor was felt the length of the region's coast, up to Pescara in Abruzzo and as far south as Puglia.

One reader told The Local that people felt it inland, too, including in Gissi and San Buono.

No damage has been reported so far. The fire service said it had not received any requests for emergency rescues, but was preparing ground teams and helicopters as a precaution.

“We were so scared because the tremor was very strong, intense,” one witness in Termoli, on the Molise coast, told La Repubblica. “At first we heard a slight rumble, which bit by bit got more intense, then the quake: things started falling from the shelves and bookcase and the house shook.”

While residents were understandably panicked, there are no reports of injuries in Termoli or the surrounding areas, according to Mayor Angelo Sbrocca, who said the situation was “reasonably calm, if you can say that when you've just had a 4.2 earthquake”.

Earlier on Wednesday a 3.5-magnitude earthquake was recorded between Muccia and Pieve Torina, further north  in the province of Macerata, in the Marche region.

An earthquake measuring 4.6 hit the same province two weeks ago, damaging buildings and prompting schools to close. No one was reported injured, but Italy's seismic experts said judged it “fairly likely” that more tremors would follow.

Marche was hit by a deadly earthquake in August 2016 and sustained further damage, though no more casualties, from a second series of tremors – Italy's most powerful in decades – two months later.

The quakes have been followed by thousands of aftershocks since and scores of residents remain in emergency accommodation.