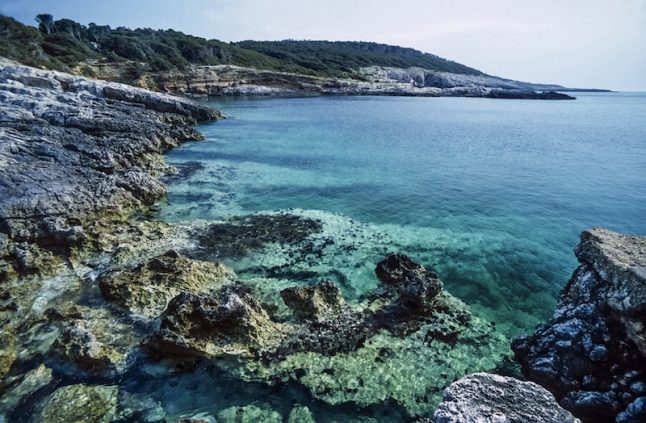 The move comes after scientists measured alarming levels of plastic particles in the waters surrounding the archipelago, which lies within a protected marine reserve off the coast of Puglia.

“Day after day we're seeing humans kill our sea and we had to do something, immediately,” the mayor of the islands, Antonio Fentini, told La Repubblica.

His solution is to impose fines of between €50 and €500 on anyone – businesses or individuals – caught using plastic cups, plates or utensils on any of the archipelago's three islands. Instead, people are encouraged to switch to reusable or biodegradable picnicware.

Plastic bottles are not banned – yet, according to Fentini, who would like to see them replaced with glass. He also hopes to outlaw polystyrene containers, which fishermen commonly use to transport their catch and which often end up in the sea.

A recent Greenpeace investigation measured high concentrations of microplastics in the waters around the Tremiti islands, despite their protected status. Researchers found 2.2 pieces of plastic per metre cubed of water, most of it polyethylene, the common plastic used to make bags, bottles and other packaging.

In comparison, the mean concentration measured across 19 different sites around Italy was 0.52 items/m3.

The results don't necessarily mean that the Tremiti, with their 500 inhabitants and many thousands more seasonal visitors, are producing more plastic waste. As Greenpeace points out, currents often sweep plastic particles towards islands, resulting in patches of accumulated pollution.

In other words, the Tremiti islands can't protect their crystal waters alone.

“I'm calling on the mayors of all islands and coastal areas to follow suit,” said Fentini. “Let's all try to do some good for our planet.”

Italy introduced a nationwide ban on plastic shopping bags in 2011, making it one of the first European countries to do so. And since the beginning of 2018, the ultra-thin plastic bags used for produce also have to be replaced by biodegradable versions.

Italy hasn't yet gone as far as France, however, which in 2015 passed a nationwide ban on single-use plastic picnicware, effective from 2020.

Studies suggest that more than 90 percent of litter floating in the Mediterranean or on its deep sea floor is plastic, according to Greenpeace. The Med has an especially high concentration of microplastics – fragments less than 5mm long –  which have been measured at 1.2 million per square kilometre, one of the highest rates in the world.

READ ALSO: Hundreds of thousands of plastic discs are washing up on Italian beaches