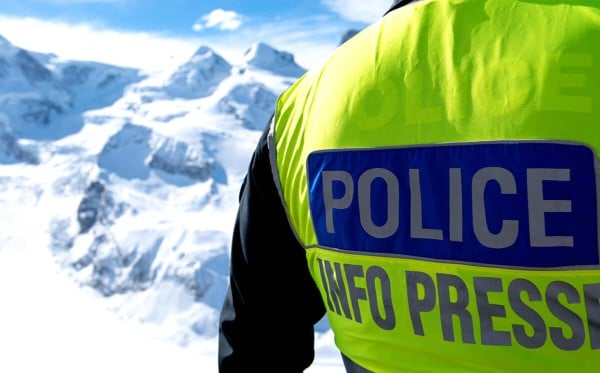 The woman was the seventh of a group of 14 skiers to die after being caught by surprise by the bad weather and forced to spend Sunday night outside in the canton of Valais.

Read also: Survivor of Swiss Alps tragedy; 'Now I know what hell is like'

The group of 14 skiers had initially been underway in two separate groups – a group of nine with an experience Italian guide and another group of four without a guide.

The prosecutor's office in the canton of Valais on Thursday said initial investigations confirmed both groups had slept in Dix mountain refuge on the night of April 28 to 29th.

However, contrary to earlier reports, the office said the larger group had not intended to make it to the Vignettes refuge, but rather to the Nacamuli au col Collon refuge in Italy's Aosta Valley.

At around 10am, near the La Serpentine route, the two groups “appeared to deviate from the normal itinerary” as bad weather hit and visibility deteriorated, prosecutors said.

The groups were forced to stop just hundreds of metres from the Vignettes refuge at an altitude of over 3,000 metres.

Also contrary to earlier reports, the Italian guide of the larger group did not go for help but stayed with his fellow skiers, the prosecutor's office said. His body was found dead at the scene by search and rescue workers. The cause of his death is now known.

Three other people died not long after being transported to hospital. Police in Valais said a fifth person died late on Monday and a sixth person was reported dead on Tuesday.

Among the victims are the Italian guide, two married Italian couples, a 52-year old Bulgarian woman and the 42-year-old Italian woman reported dead on Thursday.

In separate incidents, the bodies of two young climbers were found on Monday in the canton of Bern while another person died after being swept away by an avalanche in the Berner Oberland.

The last time so many people died in the Swiss Alps in such a short time was in 1999 when 12 people were killed after being hit by an avalanche near Evolène, also in the canton of Valais.