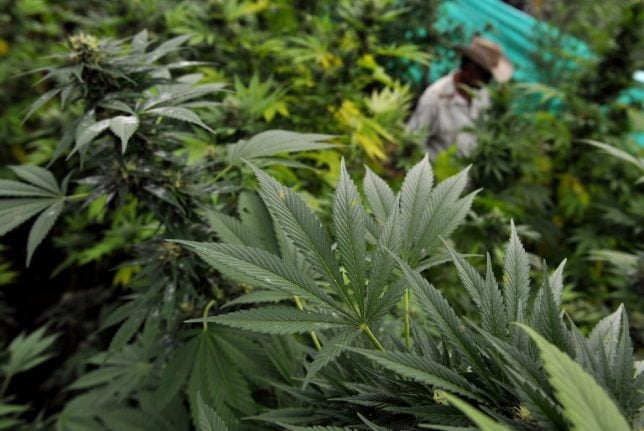 The illegal crop represents more than six tonnes of marijuana and several million euros, according to the drugs squad in Ragusa, south-east Sicily.

The contents of the 3,500-metre-squared greenhouse were concealed at ground level by a border of tomato plants and fava beans, both of which can grow to several metres in height.

It was only when police, tipped off by reports of a strong smell of marijuana coming from the field, flew a drone overhead that they spotted the cannabis patch, comprised of thousands of plants between 50 and 150 centimetres tall.

See inside the ganja greenhouse in this video released by police.

In an operation that began on Monday afternoon but was only made public two days later, police used a bulldozer to dig up the plants, which are of the cannabis sativa variety thought to produce a stronger high. The crop was taken away to be analyzed, then destroyed.

Police also detained the farmer, named by Ansa as 53-year-old Carmelo Gurrieri. Officers waited until he came to water the cannabis plants so that they could arrest him redhanded, the police said.

Gurrieri has admitted growing cannabis illegally and remains in custody in Ragusa.

Cultivating drug-strength cannabis is a crime in Italy, as is selling it or using it recreationally. The country allows marijuana for medical use, on the condition that it is prescribed by a doctor and obtained from a pharmacy.

The legal supply is either imported or grown at the army's pharmaceutical laboratory in Florence, which is the only site in Italy authorized to produce it.

READ ALSO: Marijuana, made in Italy: Inside the military police cannabis lab