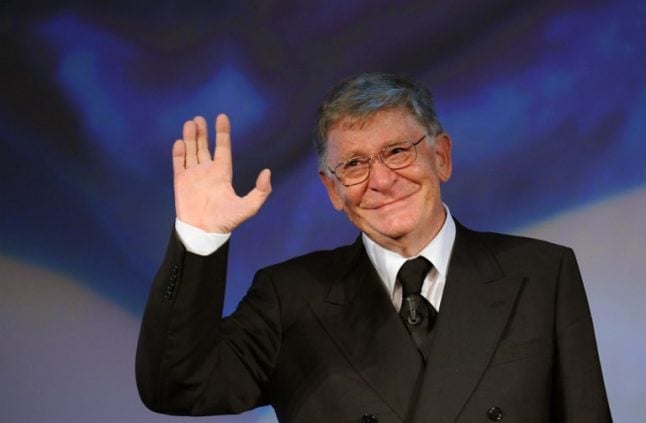 The Italian director, most famous for his film The Tree of Wooden Clogs which won at the Cannes Film Festival in 1978, passed away in Asiago, near Venice. He had long suffered from Guillain-Barre syndrome, a muscle-weakening condition that can immobilize people for extended periods of time.

“The death of Ermanno Olmi deprives us of a giant, one of the great maestros of Italian cinema,” Culture Minister Dario Franceschini said.

“He was a deep intellectual who explored the mysteries of man and recounted, with the poetry that characterizes his work, the relationship between man and nature.”

Born in Bergamo in northern Italy in 1931, Olmi was a self-taught neo-realist filmmaker who produced a host of short films, documentaries and features.

His most acclaimed, The Tree of Wooden Clogs, was a depiction of the life of four poor peasant families in Lombardy at the end of the 19th century and is considered an important work of Italian cinema. Al Pacino named it when asked by the American Film Institute about his favourite films of all time in 2010.


In this 1981 interview, hear Olmi discuss how the Asiago Plateau in north-eastern Italy inspired his work. The Tree of Wooden Clogs was based on stories his grandmother told him.

Olmi also won the Golden Lion at the 1988 Venice Film Festival for The Legend of the Holy Drinker, an adaption of the eponymous 1938 novella written by Austria novelist Joseph Roth.

Two decades later he was awarded the Honorary Golden Lion at Venice.