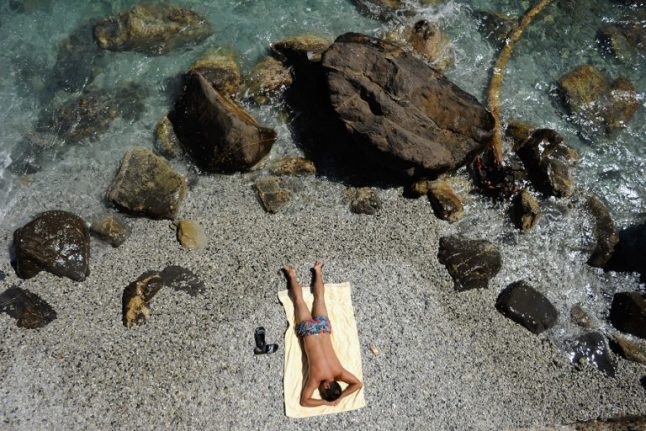 This year 368 Italian beaches in 175 different municipalities were awarded the Blue Flag, giving Italy 10 percent of all Blue Flag beaches the world over.

The international Foundation for Environmental Education (FEE) awards the marker based on 32 different criteria, including water quality, environmental impact, access, services and “livability” at the height of the summer season, which sees thousands of visitors flock to Italy's coastline and lakes.


Peschici in Puglia, a new entry this year. Photo: sabinoparente/DepositPhotos

This year's ranking saw 26 new entries across the country compared to 2017, including three in Campania, the southern region that includes the Amalfi Coast as well as highly polluted areas around Naples.

Campania now has 18 Blue Flag beaches, the third highest of any Italian region. Second place goes to Tuscany with 19 Blue Flags, while Liguria – home to the Italian Riviera and its famed Cinque Terre – is way out in front with 27.

It's not just Italy's 7,600 kilometres of coastline that racked up the Blue Flags: 16 went to inland swimming spots on lakes, ten of them in the northern Trentino-South Tyrol region alone.

See all of Italy's Blue Flag beaches on this map:

Other notable new entries came from Puglia, which added three new sites, and Sardinia, which got two more.

Meanwhile four beaches lost their Blue Flags: Anzio in Lazio, south of Rome, Gabicce Mare in Le Marche and Termoli in Molise, both on the eastern coast, and Pozzallo in Sicily.

The jury, comprised of international and national judges including tourism officials, marine ecologists and coastguards, stresses that clean water isn't enough to win a Blue Flag. Instead the scheme aims to reward beaches with a comprehensive strategy to protect the environment and local communities while encouraging eco-friendly tourism.

So for anyone thinking about going to the beach in Italy this summer, choosing a Blue Flag destination means not only will you be guaranteed a clean, safe swim – you'll also be supporting places that are helping to look after Italy's precious environment.

“The role of tourists, who are certainly more conscious of the environment but still lack awareness of the influence their choice can have, is crucial,” said the president of FEE Italia, Claudio Mazza. “So it's clear that sustainable tourism only works if we can bring together individual awareness and environmentally friendly options.”