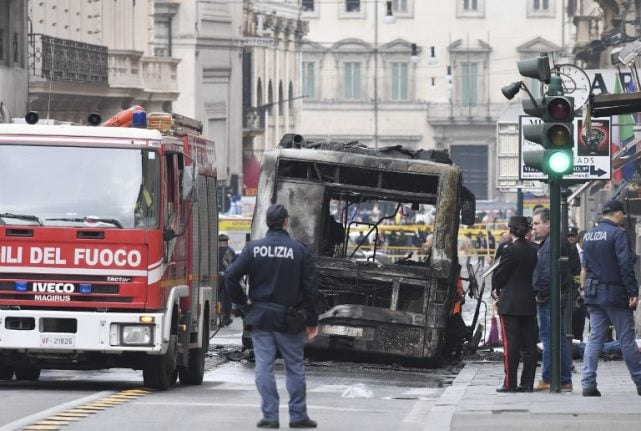 A police operation in the early hours of the morning led to 68 arrests, many of whom belonged to the Arena clan, part of the powerful Calabria-based 'Ndrangheta mafia.

The clan reportedly made millions through its involvement in the running of a reception centre for migrants in Isola di Capo Rizzuto, Calabria – one of the largest in the country.

“Over 500 agents overnight arrested 68 people… accused of mafia association, extortion, carrying illegal weapons, fraud, embezzlement to the detriment of the state, (and) theft,” police in Catanzaro said in a statement.

Their investigation revealed “that the clan controlled, for profit, the management of the reception centre” at Isola di Capo Rizzuto – which has held up to 1,500 migrants at a time – and had been doing so for over a decade. The entrance to the centre. Photo: Revol Web/Flickr

Police arrested Leonardo Sacco, head of the Catholic Misericordia association which officially runs the centre. The 35-year-old has boasted of links to high-powered political figures.

Local priest Edoardo Scordio was also detained in the sting, according to Italian media reports.

Police believe that it was thanks to Sacco that the clan won contracts for supplying catering and other services to the centre, allowing it to syphon of millions of euros of EU funding destined for the migrants' care.


It also provided food services to the reception centre on Lampedusa, the Italian island which for several years was the frontline of the migrant humanitarian crisis, the biggest influx in Europe since World War II.

The head of the country's anti-mafia commission, Rosy Bindi, said the sting was “an important result in the fight against the 'Ndrangheta and the infiltration of mafia in the management of migrants”.

Italy's finance ministry has estimated the 2017 budget for migrant reception at three billion euros ($3.3 billion), depending on how many people are rescued in the Mediterranean and brought to the country.


The Calabrian centre had long been on the authorities' radar: In 2015 Italy's L'Espresso magazine published an investigative report alleging that managers at the camp were stealing funds earmarked for migrants and making money by starving them.

The Crotone prefecture said in 2014 that it appeared the official number of people recorded at the centre was grossly inflated, with management pocketing funds from the state for “ghost” migrants.

L'Espresso said it had got hold of a police report putting the figure at over 10,000 euros a day.

A health inspection in 2013 revealed that asylum seekers were being given miserly portions of out-of-date food, and that the centre was illegally hosting 70 unaccompanied minors who went barefoot and slept in a hangar with only two toilets.

The Arena clan hit the headlines in 2012 after police seized assets from them worth 350 million euros, including one of Europe's largest wind farms.

READ ALSO: At least 5,000 restaurants across Italy are thought to be mafia-run