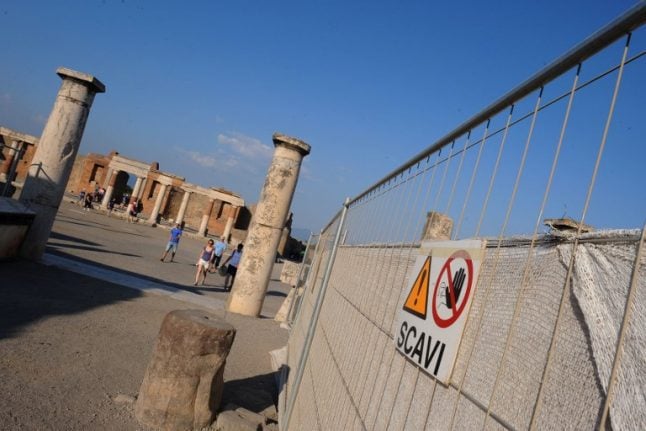 Visitors at Pompeii, a World Heritage Site and one of Italy's most popular attractions. Photo: Mario Laporta/AFP

Montpellier man Pierre Luc Giglio, 52, was stopped at Pompeii last Friday along with his companion, a 50-year-old French woman, after security guards noticed them acting suspiciously.

Upon searching their bags they found 13 fragments of terracotta and a piece of marble, believed to have been taken from the House of Loreius Tiburtinus, a well-preserved villa thought to have belonged to one of the city's wealthy inhabitants.

The couple told carabinieri officers that they just “wanted to take home a souvenir”, according to local news site Metropolis. 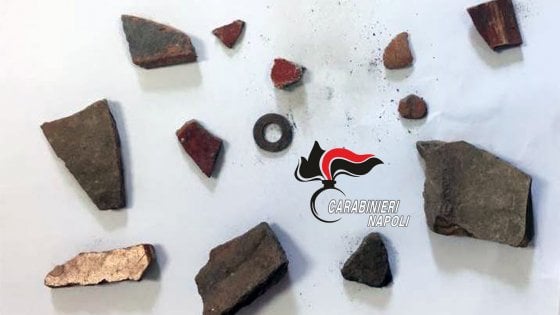 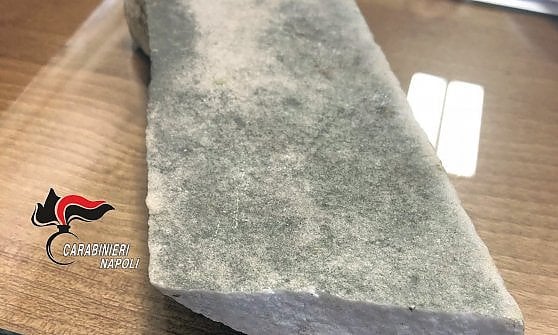 Photos of the looted artifacts released by the Carabinieri di Napoli.

At a hearing on Saturday, a judge sentenced Giglio, who was caught redhanded looting the remains, to four months' imprisonment, suspended, and ordered him to pay a €200 fine. His partner escaped charges since she was in a different part of the site at the time of the theft.

In court, the pair apologized to Pompeii's archaeological directors and put the act down to “bravado”.

“We didn't mean to do any harm, we came because we're fascinated by the archaeological history of Pompeii,” Metropolis quoted them as saying. According to the site, the pair have no plans to cut short their holiday in Italy because of the incident.

Authorities face an enormous challenge to protect Pompeii's treasures, whether from light-fingered tourists, professional thieves or simply the wear and tear of thousands of years and millions of visitors.

In March, an American tourist was caught dislodging the tiles of a priceless mosaic as he attempted to get a picture of the House of the Sailor. He was questioned by police but released without charge.

Meanwhile the site has struggled for centuries with tourists who pocket relics as holiday souvenirs or even to sell for a profit.

Archaeologists recently found illegal tunnels that they suspected were built by robbers, prompting them to begin excavating the Civita Giuliana area north of the city walls. The dig resulted in the unprecedented discovery of the remains of a horse, which experts were able to cast in its entirety.

Sometimes the thieves themselves try to make amends. In 2014, a Canadian tourist returned an artefact she had stolen from Pompeii's amphitheatre during her honeymoon – 50 years earlier.

And several thieves have sent back the loot claiming the relics are 'cursed'. Pompeii's archaeological superintendent said in 2015 that he was considering setting up an exhibition of the returned artefacts and accompanying letters, to tell the story behind the stolen pieces.

READ ALSO: How Italy plans to fight back against monument vandals