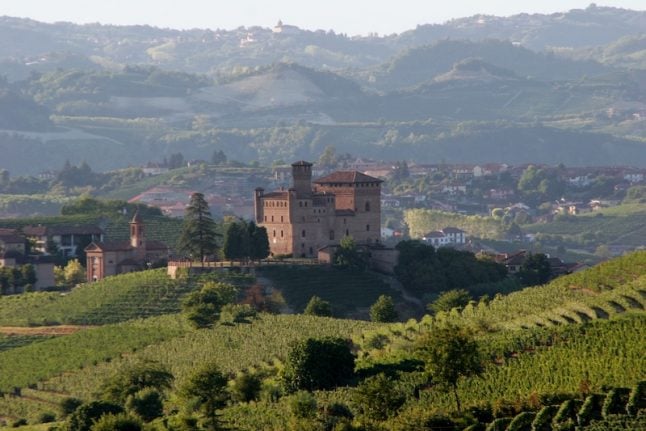 This year's National Castle Days take place on May 19-20th with special openings, events and guided tours across the country.

Almost every region has at least one castle taking part, whether it's a walled medieval fortress in Liguria, a reinforced Norman church in Sicily, or a 20th-century military fort in Veneto.

Organized by the Italian Institute of Castles with the backing of Italy's Ministry of Culture and Tourism, the event involves different sites each year in an effort to encourage visitors to explore some of Italy's lesser-known treasures.

Here are some of this year's highlights.

This distinctive raised fortress was built to command a panoramic view all the way from the Tuscan coast to the Apuan Alps – strategic at the time, spectacular today. Centuries later, its three-metre-thick walls proved strong enough to resist a World War Two bomb. Legend has it that an earlier incarnation of this Renaissance castle, located on what today is the border between Italy and Slovenia, once held Richard Lionheart of England on his return from the Crusades. Surrounded by vineyards, it's now home to an extensive wine cellar.

A jumble of buildings from different eras, this castle complex contains gems of Medieval, Gothic and Renaissance architecture within its enclosing walls. Look out for the frescoes decorating its walls and ceilings, which are some of the finest of their kind in Europe.

A Unesco World Heritage site, this well-restored medieval castle houses a wine cellar and, once a year, the world's largest auction of white truffles. The views from its tower over the Langhe hills are said to be particularly lovely. This “reinforced” church easily passes for a castle rather than a house of worship. Built by Roger II of Sicily, it displays an intriguing mix of Norman, Byzantine and North African styles.

Newer by far than most castles on the list, this armoured fort on Monte Tesoro was built at the turn of the 20th century. Military buffs will admire the reinforced walls and 360-degree rotating cannons, while everyone else can just enjoy the impressive view over the Po Valley, Lake Garda and the Alps. Built in the ninth century and converted into a Renaissance manor, Castello Pallotta remains in the hands of the family whose ancestors inhabited it during its glory days. The entire area in which it stands was badly damaged in the 2016 earthquakes and this weekend's tours of the exterior of the castle are part of the efforts to encourage visitors to return to central Italy.

Check the official website for full details of the programme at each site and how to reserve if necessary. All tours are free, but some castles may charge their regular entry fee.

All photos courtesy of the Istituto Italiano dei Castelli.