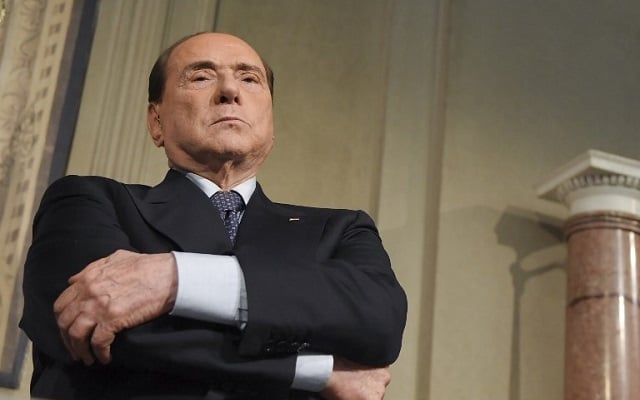 Berlusconi is accused of paying 157,000 euros over the years to Neapolitan singer Mariano Apicella, who took part in many of the media mogul's infamous “bunga-bunga” parties and is himself on trial for false testimony.

The 81-year-old's court date is part of the “Ruby-ter” investigation, the third involving his parties and alleged underage prostitute Karima El-Mahroug, aka “Ruby the heart-stealer”. The original trial, nicknamed “Rubygate” after El-Mahroug's nom de plume, saw Berlusconi beat an original seven-year prison sentence on appeal in 2014, a ruling that was upheld in Italy's highest court in March 2015.

The Ruby-ter trial deals with alleged payments made by Berlusconi to people who attended the parties in exchange for their silence.

Prosecutors allege that Berlusconi spent ten million euros ($11.8 million) between 2011 and 2015, of which seven million euros went solely to El-Mahroug in the form of cash, gifts, cars, provision of housing, payment of bills and medical expenses.

Under Italian law, local courts take charge of investigations of bribes paid within the city boundaries, and as payments were made in various cities, the case is being handled in seven different courts, including Rome, Milan and Turin.