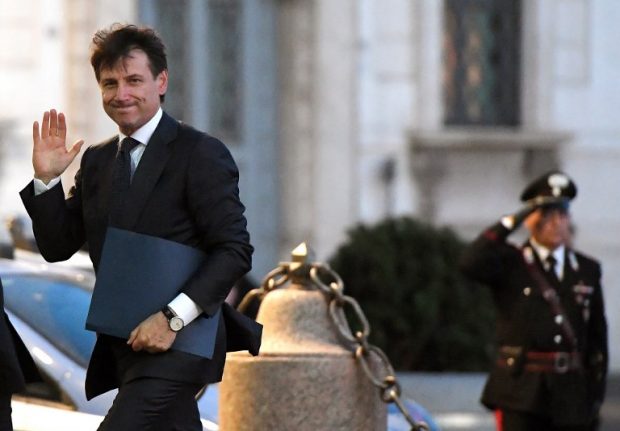 As the League and Five Star Movement (M5S) prepare to take charge, here are answers to five pressing questions.

Could Italy leave the euro?

Despite outspoken criticism of the European Union from both parties and the presence in cabinet of arch eurosceptic Paolo Savona, the M5S-League government programme does not call for a unilateral exit from the eurozone.

M5S has publicly abandoned the idea of a referendum on the euro, and while the League signed the programme and therefore has committed to staying in the single currency, in the past it has called the euro “a failed economic and social experiment” but proposed reforms and an eventual coordinated exit along with a number of other countries in the long term.

How will markets respond?

A tumultuous campaign, inconclusive election results, political deadlock and fears of fresh elections put the markets in a spin.

The prospect of a M5S-League accord was initially met with some relief – until the coalition revealed their government programme.

In reaction to the costly measures and eurosceptic tone, key financial indicators pointed to decreasing investor confidence in Italy. The spread or difference in yield between Italian and German ten-year government bonds, exceeded 300 points at the start of the week, compared to 130 three weeks ago (however, it had soared to nearly 600 points in 2011, helping push out Berlusconi).

Both Luigi Di Maio of the Five Star Movement and League leader Matteo Salvini insist they intend to stay the course for a full five-year mandate and implement their programme.

But their parties only have a 32 vote majority in the Chamber of Deputies and it is wafer thin in the Senate.

And they will have to keep a tight rein on their MPs – especially those who view the new alliance with scepticism – to go the distance.

Who is really in charge?

M5S holds more clout in the new coalition having won almost 33 percent in the March election, compared to the League's 17 percent. But Salvini is a rising star, who has seized pole in position and claims to represent the 37 percent who voted for the right-wing coalition in which he campaigned.

A question mark also hangs over the fate of flamboyant former premier Silvio Berlusconi. Part of the right-wing alliance with Salvini, Berlusconi begrudgingly gave the green light for the League and M5s to make a deal without his Forza Italia party.

But the ageing media tycoon disapproves of the new government programme. After a recent court ruling overturned a ban on him holding public office, he could once again be able to exert influence and has promised “reasonable and critical opposition”.

What can the president do?

President Sergio Mattarella's refusal to accept Savona as economy minister forced the coalition to appoint a team that may offer greater reassurance to Brussels.

Elected by a centre-left parliament, Mattarella has pointed out that not only does he have the power to veto ministers but he can also reject any law deemed financially non-viable.

He is also the guarantor of Italy's international commitments and intends to keep a close eye on any move to alter Italy's role on the world stage, especially given Salvini's scathing comments on the EU and praise for Russian President Vladimir Putin.

READ ALSO: Who is Giuseppe Conte, the political novice about to become Italy's new PM?