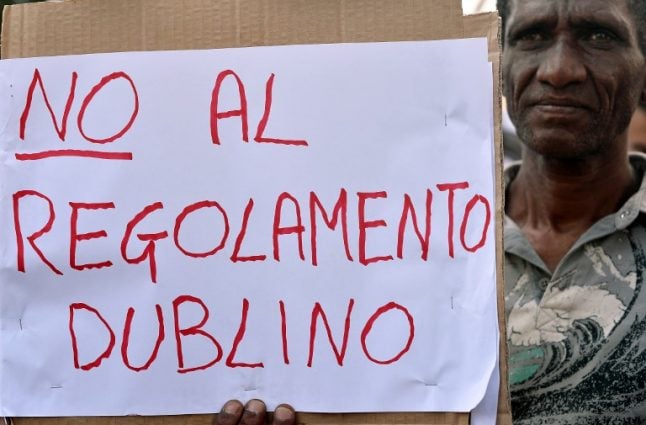 European Union ministers and officials met in Luxembourg to debate Bulgaria's new compromise plan aimed at ending a longstanding east-west divide over the reforms in time for a June 28-29th summit in Brussels. Bulgaria's role as chair of the six-month rotating EU presidency ends on June 30th.

“We must never throw in the towel before the end of negotiations, but one can still say we are very far from each other,” Swedish Migration Minister Helene Fritzon said after hours of talks, according to Sweden's TT news agency. “I would say that an agreement seems very difficult to reach.”

Fritzon said earlier that right-wing gains in elections in Italy and Slovenia have produced “a harder political climate” for striking a deal. In his first speech in office, Italy's new Prime Minister Giuseppe Conte called for the “obligatory” and “automatic” redistribution among EU member states of asylum seekers being processed in Italy.

Hardline interior minister Matteo Salvini said separately the proposed reforms would condemn Italy and other Mediterranean countries to continue bearing the burden of an unprecedented migration crisis for the 28-nation bloc.

EU leaders in December set an end-of-June deadline for an overhaul of the so-called Dublin rules to create a permanent mechanism to deal with migrants in the event of a new emergency. Under those rules, the countries where migrants first arrive must process their asylum requests. Italy, Greece and Spain are the main entry points to Europe.

EU cooperation deals with Turkey and Libya, the main transit countries, have helped to slow, at least for now, the flow of migrants to Europe since peak arrivals in 2015.

Hungary, Poland, the Czech Republic and Slovakia have either refused outright or resisted taking in such refugees, citing threats to social cohesion. They have done so despite the European Commission, the EU executive, pushing through temporary quotas in 2015 as a way to ease the burden on frontline states Italy and Greece.

Some 1.26 million people from war-torn Syria and other countries applied for asylum in EU countries in 2015, the peak of Europe's worst migration crisis since World War II.

Under an emergency plan, EU member countries agreed to relocate to other parts of the bloc 160,000 Syrians and other refugees from Italy and Greece within two years. Only 34,690 people have been relocated so far, however, as most migrants made their own way to Germany and other wealthy northern countries amid the chaos.

According to documents seen by AFP, Bulgaria calls for “alleviating [the] burden from the front-line” states and “curbing secondary movements” of asylum seekers who land in one EU country and travel to another. Eastern countries place a priority on stopping secondary movements, which  caused so much chaos in recent years that some countries in Europe's passport-free Schengen zone even re-established border checks.

In a nod to Rome and Athens, the Bulgarian proposals call for the compulsory relocation of asylum seekers, but only as a last resort. At the outset of any new crisis, financial and other support are supposed to kick in automatically under the plan.

EU capitals like Budapest, which has spearheaded opposition to Muslim and other migrants, have stood firm against mandatory relocation. As a further sop to the eastern countries, people will be relocated only in
exceptional cases and member states will have the “flexibility” to reduce some of the numbers allotted to them.