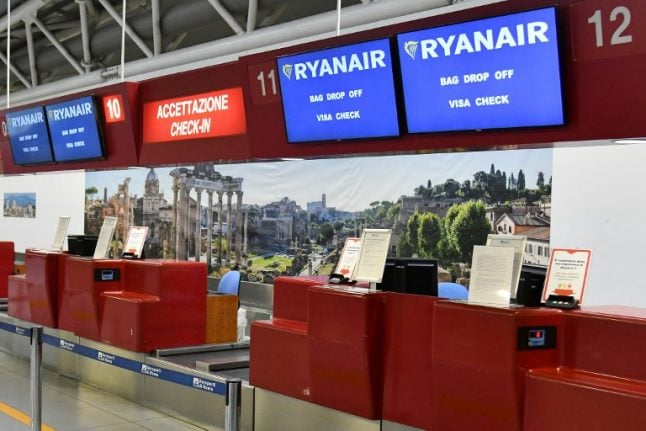 In a statement, AGCM said it launched the procedure in September 2017 for “incorrect commercial practice” after the low cost airline cancelled thousands of flights “due to organizational and management problems”.

The problems were not “unforeseen issues or problems beyond the airline's control, causing major inconvenience to customers,” the statement continued.

AGCM said Ryanair initially failed to inform passengers correctly of their right to financial compensation, as provided for by European law, only offering them the option of changing their ticket or getting a refund.

After AGCM launched the procedure, however, Ryanair updated “the information on its website” in February and “contacted all clients concerned individually” to inform them of their rights and how to exercize them. Because of this, AGCM said it imposed a lower fine than was originally foreseen.

In mid-September 2017, Ryanair announced the cancellation of 2,100 flights before the end of October, in a move that affected 315,000 customers. By the end of September, the airline had added a new series of cancellations involving 18,000 flights between November and March 2018.

The company said the cancellations were due to the large backlog of days off that its pilots had to take before the beginning of 2018.