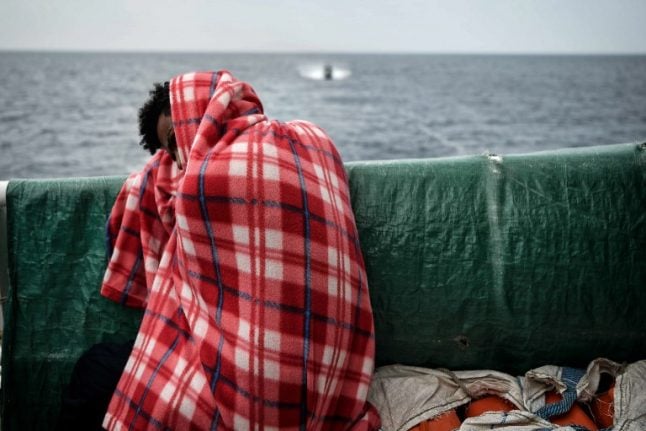 Onboard the Aquarius rescue boat in May. Photo: Louisa Gouliamaki/AFP

Some 629 people, including pregnant women and scores of children, were saved by SOS Mediterranean on Saturday and are stuck aboard the French NGO's ship Aquarius, which is currently between Malta and Sicily waiting for a secure port.

In a statement, UNHCR “appealed to concerned governments to allow the immediate disembarkation of hundreds of people stranded in the Mediterranean since Saturday”.

The agency's special envoy for migrants in the Mediterranean, Vincent Cochetel, underscored that “people are in distress, are running out of provisions and need help quickly”.

“Broader issues such as who has responsibility and how these responsibilities can best be shared between states should be looked at later,” he said in the statement.

Malta on Sunday reiterated its refusal to accept the ship, ignoring calls from Rome.

A Maltese government spokesman told AFP that the rescue of the migrants took place in the Libyan search and rescue area and was headed up by the rescue coordination centre in Rome, meaning Malta has no legal obligation to take in the migrants.

READ ALSO: Hundreds of migrants stranded at sea amid standoff between Italy and Malta Germany also urged Italy and Malta on Monday to “meet their humanitarian responsibilities”.

“As far as the refugee ship is concerned, I can say that we are concerned about the situation of the people on this ship, the Aquarius, and that the government calls on all parties to to fulfil their humanitarian responsibility,” said German government spokesman Steffen Seibert.