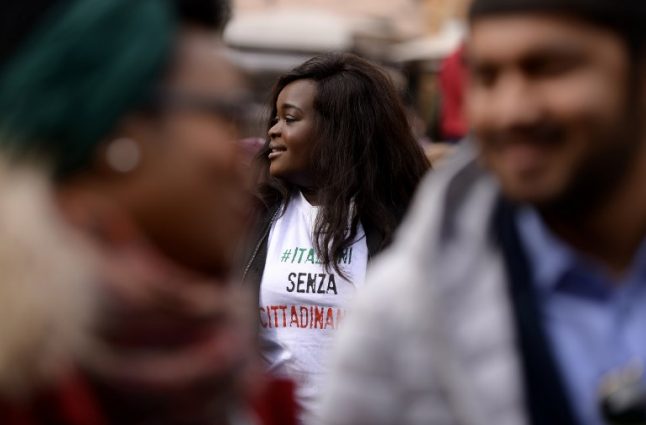 Italy's refusal to offer safe harbour to a rescue ship carrying hundreds of migrants has cast a harsh spotlight on the new populist government's hardened stance on immigration.

A total of 629 migrants were left stranded at sea after both Italy and Malta refused to take them in, prompting alarm among European leaders. Spain has now offered to allow the ship to dock at Valencia.

READ MORE: Stranded migrants to be transferred to Italian ships

Italy's new Prime Minister Giuseppe Conte has called for “obligatory” redistribution of asylum seekers around the European Union, and his coalition government has pledged to both curb migrant arrivals and speed up expulsions of illegal immigrants.

Here are some figures about foreign nationals living in Italy, both legal and illegal.

How many foreigners live in Italy legally?

There are 5 million foreign nationals legally residing in Italy, according to figures from national statistics institute Istat, which is equivalent to around 8.3 percent of Italy's population of 60.5 million.

The biggest grouping of migrants come from Romania, accounting for just under a quarter of the total figure, or 23 percent. Another 9 percent are from Albania, 8 percent are Moroccan, 5.5 percent are Chinese and 4.5 are from Ukraine, with many employed in retail, farming or domestic work. How many foreigners live in Italy illegally?

Focus is largely on the 690,000 migrants who have arrived by boat since 2013, most of them from sub-Saharan Africa. While some have papers, others don't – and most are still in the country.

Migration study foundation ISMU estimates there are some 500,000 people living in Italy illegally – equivalent to 0.9 percent of the population, among them failed asylum seekers and those who have outstayed their visas.

How many people arrive in Italy by boat?

Figures from the International Organization for Migration show that around 120,000 immigrants arrived in Italy by sea in 2017, with the government putting the cost of taking them in at €4.2 billion. Two-thirds of that figure was spent on caring for asylum seekers, while 18 percent went on sea rescue and 13 percent on medical assistance.

Are the numbers falling?

New hardline Interior Minister Matteo Salvini, who heads the nationalist League party, has said Italy “cannot be Europe's refugee camp”, vowing to halt the influx of arrivals and expel hundreds of thousands of illegal immigrants. And when the government was sworn in last week, Conte pledged to seek an overhaul of the so-called Dublin rules, under which would-be asylum seekers must submit applications in their country of arrival – a huge issue for Italy.

But any change in the numbers coming from North Africa will depend largely on stabilisation efforts in Libya, and the sustainability of a controversial deal between Rome and the authorities and militias there which has slashed arrivals.

Following the deal, which was signed last summer, the number of migrants reaching Italian shores in the first five months of this year to June 8th stood at 13,808 – down 84 percent on the same period a year earlier, interior
ministry figures show.