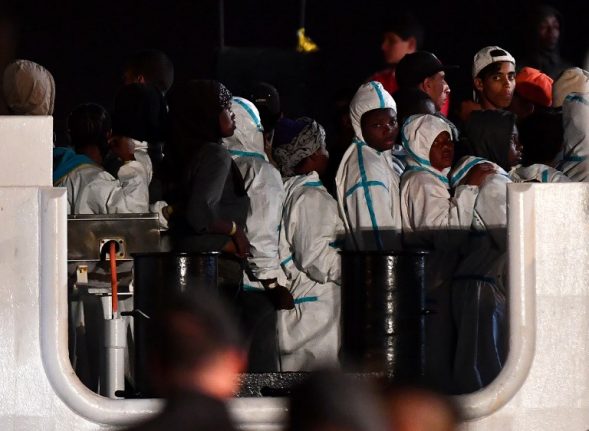 The Diciotti, an Italian coastguard ship carrying more than 500 migrants, docked on Tuesday night at the Sicilian port of Pozzallo.

Among those on board were around 40 survivors of an accident last Tuesday which saw a US Navy boat come to the aid of drowning migrants after their dinghy sank off the coast of Libya. At the time the US Navy reported seeing around 12 bodies in the water, but were unable to locate them after the rescue.

The survivors interviewed by volunteers from the human rights association Medu in Sicily said that their dinghy had been carrying 117 people, which would put the death toll at over 70.

The NGO Doctors Without Borders (MSF) put the toll slightly lower at 60 dead, also on the basis of accounts from survivors, who reported 100 people aboard the vessel.

“I have never seen such frightened and traumatized eyes after a landing,” said Teo di Piazza, coordinator of MSF psychologists. “The people had no strength left.”

The most recent migrant arrival in Sicily comes as key EU leaders prepare to hold crisis talks on migration in Brussels on Sunday.

The talks follow last week's row over the fate of more than 600 migrants on the Aquarius rescue ship, who Italy turned away, thrusting the migrant question back to the top of the EU agenda.