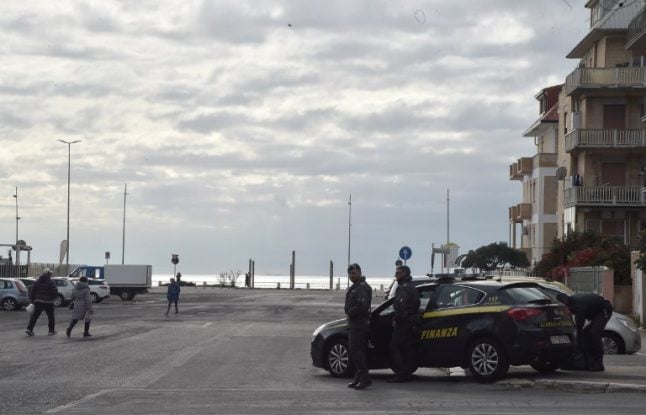 Collectively the fraudsters deprived the state of a record €2.3 billion between January 1st, 2017 and May 31st of this year, the Guardia di Finanza said on Wednesday.

“We're not talking about small shop owners, artisans or entrepreneurs – who represent the economic backbone of Italy – that might have forgotten to issue a receipt,” the force said in its latest report. “We're talking about major evaders, that is, fiscally dangerous subjects whose assets are the direct expression of their financial crimes.”

The force said it had already recovered €1.3 billion by confiscating assets from large-scale evaders, who were the worst offenders of a total of nearly 13,000 people or companies caught dodging taxes over the same period.

Responding to the figures, Finance Minister Giovanni Tria reiterated his pledge to crack down on tax fraud and evasion, which he said was limiting Italy's potential for growth. The new government has promised to increase penalties for the biggest tax dodgers, while radically simplifying the Italian tax system down to just two basic rates to encourage greater participation.

Altogether 23,000 financial crimes were uncovered since the start of 2017, for which 17,000 individual suspects were identified and 378 arrested. The majority of the offences – 67 percent – related to issuing false receipts or invoices, filing fraudulent returns and concealing accounting records.

Among the biggest offenders, other scams involved so-called carousel fraud (in which a trader imports goods duty-free and sells them on to domestic buyers, charging them sales tax which they then pocket), creating phantom companies to obscure ownership, or stashing profits offshore.

Another 2,120 overseas companies operating in Italy were discovered to have failed to declare their earnings here.

Over the past 18 months, the Guardia di Finanza also cautioned more than 6,000 employers for hiring some 31,000 people “on the black” (undeclared), seized €2 billion of assets from members of the mafia, confiscated 264 million counterfeit goods, €12 million in fake banknotes, more than 100 tonnes of drugs and 370 tonnes of contraband tobacco, and arrested 751 people accused of smuggling goods and people into Italy by sea. The decision by the top European economies effectively ends months of effort to implement the tax jointly across all 27 member states.

The 15-percent minimum tax was one of two pillars of a major international agreement decided at the OECD and signed by more than 130 countries, including Hungary and the United States.

“Should unanimity not be reached in the next weeks, our governments are fully determined to follow through on our commitment,” the countries said in a joint statement.

“We stand ready to implement the global minimum effective taxation in 2023 and by any possible legal means,” the countries added.

French Finance Minister Bruno Le Maire, who initiated the joint text, said that “tax justice must be a priority for the European Union”.

“We will put in place minimum taxation from 2023, either through the European route or through the national route,” said Le Maire.

Christian Lindner, his German counterpart, said Germany will “if necessary” adopt the tax “independently of an agreement at the European level”.

The EU’s original ambition was that the 27-member bloc would be the first jurisdiction to implement the OECD-brokered agreement. The bloc-wide plan needed the vote of all EU countries in order to pass.

The resistance by Hungary came as the relationship with its EU partners remained fraught, with Budapest along with Warsaw seen as steering away from the bloc’s democratic values.

The Hungarian veto of the minimum tax is seen by many in Brussels as a means of pressure to obtain the release of seven billion euros ($7.3 billion) in grants planned under the European pandemic recovery plan.

Poland’s acceptance of the minimum tax came after Brussels accepted Warsaw’s recovery plan, which should see it receive 36 billion euros in grants and loans over the next several years.

CRIME
Victim’s mother calls for US soldier to be tried in Italy over fatal car crash
Url copied to clipboard!