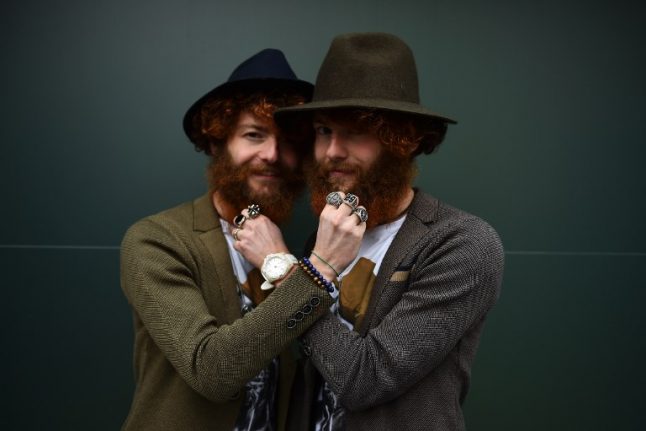 The town, which nestles in the Piedmont countryside north of Turin, doesn't officially bear the title but, with 37 sets alive today and family trees testifying to generations more, locals believe they have a strong claim to it.

“I don't know if we're the town with the most twins in Italy, but certainly the figures are remarkable,” Mayor Giovanni Drovetti told Repubblica at a 'Twin Party' that the town held on Sunday to celebrate its many pairs. “All down to DNA.”

On average, some 30 babies out of every 1,000 born in Italy are twins. In Barbania, where the current population includes pairs ranging from 4 years old to 80, the incidence is around 46 per 1,000.

While the highest rate in the world has been observed in Central African countries – Benin's national average is 54 twins per 1,000 births – Italy's twin births have increased significantly in recent decades, rising by roughly 25 percent in the 20 years to 2013.

Researchers believe the two driving factors are fertility treatments such as IVF, which increase the chances of multiple births, and women having children later. Studies have shown that the numbers of non-identical twin pregnancies increase substantially with the mother's age, reaching a peak when she's in her late 30s.

But there's also a genetic element to twins, as indicated by the fact that they have been common in Barbania for generations. The hereditary component is passed down through the female line, experts say.

“It's always been like this,” commented Mayor Drovetti. “I remember when I was little, there were several twins in my class.”

While no one has yet studied Barbania's twins, Italy is utilizing its total twin population to research everything from anxiety to cancer to heart disease. Using records associated with each resident's codice fiscale (unique fiscal code), the Ministry of Health identified hundreds of thousands of pairs and invited them to join the Italian Twin Register, a vast database that provides medical researchers with invaluable opportunities to investigate the roles of genetic and environmental factors in health conditions.

READ ALSO: Italy is older than ever as birthrate falls to all-time low