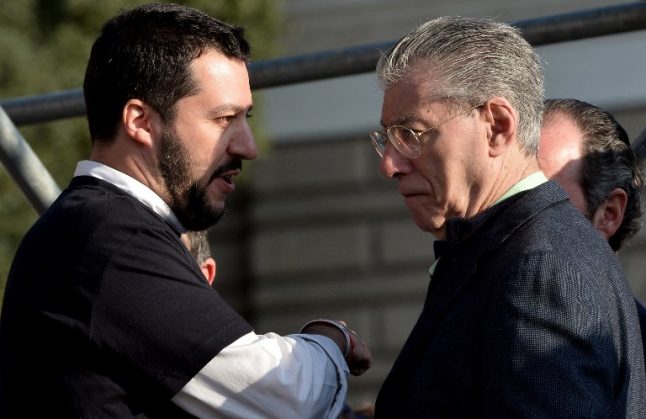 In a ruling on Tuesday, the Court of Cassation recommended a “blanket” seizure of funds from the hard-right party's bank accounts, deposits and other assets in connection with the fraud case against its founder Umberto Bossi, his son Renzo and ex-treasurer Francesco Belsito.

The three were convicted in July 2017 of embezzling hundreds of thousands of euros in public funds between 2008-10, and the party ordered to repay nearly €49 million in state financing that it had received during that period.

Since then €1.5 million of the League's assets have been frozen, but the party succeeded in blocking an order by a lower court to confiscate the rest of the sum. That appeal was overturned by Italy's highest court, however, after investigators found scant money in the League's accounts and began to suspect that some of it may been shifted abroad to escape seizure.

The League, the junior partner in Italy's new coalition government, has long accused the courts of ruling against for political reasons. Matteo Salvini, the leader who replaced Bossi after the scandal broke in 2012 and now Italy's interior minister, called the supreme court's ruling a “political trial” and said his party didn't have €49 million to seize.

Umberto Bossi was sentenced to two years and three months in prison for using more than €200,000 in financing provided by the state to political parties to fund an extravagant lifestyle. Renzo Bossi was convicted of embezzling more than €140,000, including several thousands to pay traffic tickets and €77,000 to buy a diploma in Albania, and given a one and a half year sentence.