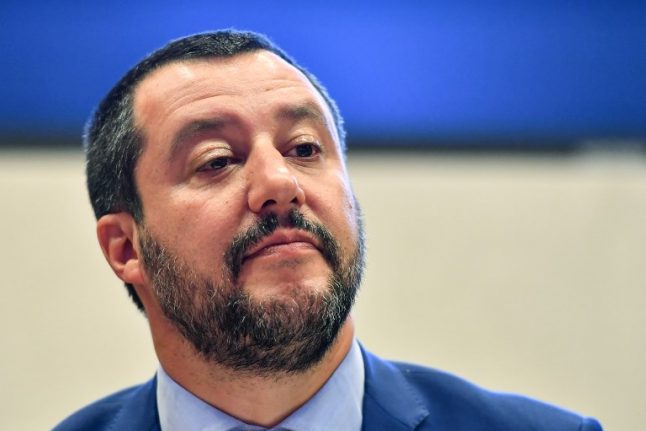 Speaking on Sunday, Salvini said he was preparing for a “political-football mission” to Russia the following weekend.

“I'm going to take the chance to go to Moscow for the World Cup final, if I can,” the interior minister told a rally in Brescia, northern Italy.

“I just hope that one of the teams in the semi-finals doesn't win,” he added in what's presumed to be a dig at France. Paris has been critical of the new Italian government's hardline stance on immigration, as Salvini vows to turn away NGO ships carrying rescued migrants and demands that other EU countries resettle some of those arriving in Italy.

Salvini said he would also meet the Russian interior minister “to discuss operations against Islamic terrorism, which may seem defeated but is not”. Finally, according to Salvini, he will meet President Putin, for whom his personal admiration is well known.

“Men like him, who look after the interests of their own citizens – we could do with dozens of them in this country,” Salvini said.

It won't be the first meeting between the two: Salvini travelled to Russia multiple times while his League party was still in opposition, posing for chummy photos with Putin, signing cooperation agreements with his United Russia party and sporting a t-shirt bearing a picture of the strongman in military uniform in Moscow's Red Square. (Salvini has several such shirts: he once wore a different one to a meeting of the European Parliament to protest against EU sanctions on Russia.)

This trip will be the first time that Salvini visits Moscow as a member of Italy's government, however. Since entering a coalition with the Five Star Movement and forming a government five weeks ago, Salvini – who is joint deputy prime minister as well as minister of the interior – has said that sanctions on Russia are “useless and harmful“.

Both the League and the Five Star Movement are sympathetic to the Kremlin, though that hasn't translated into a change in Russia's foreign policy – yet. The new government has promised to push for a review of EU sanctions, though Prime Minister Giuseppe Conte recently joined the rest of the bloc in voting to renew the penalties for another six months. Conte has also called for Russia to be readmitted to the G8, echoing a suggestion by US President Donald Trump.

EU diplomats say they're concerned about the relationship between Italy's new government and Moscow, according to Buzzfeed, which quoted one official as asking: “How does Russia help young unemployed people in Calabria?”

The Italian team having crashed out fo the World Cup early on, Italy was not faced with the dilemma of whether or not to boycott the matches in Russia, as government representatives from the UK and several of its European allies said they would in response to the suspected use of a Russian nerve agent on English soil. Some of those countries reversed their position, however, after their teams got further than expected.