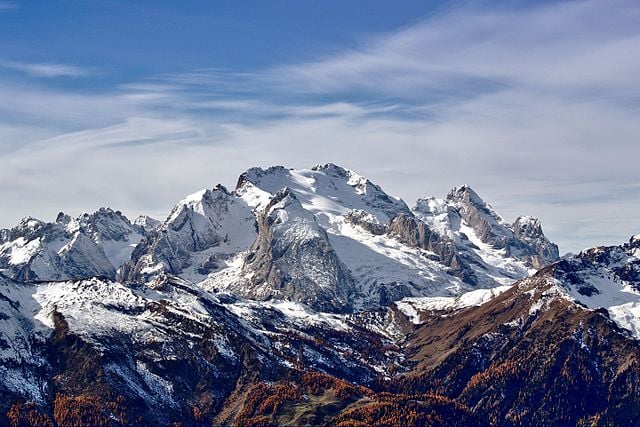 Italy's land registry agency, the Agenzia del Territorio, has awarded the so-called Queen of the Dolomites back to Trentino, 16 years after the province signed an agreement with its neighbour Veneto stating that the mountain lay outside its borders.

Friday's ruling overturns that 2002 accord and re-establishes the border set by a presidential decree in 1982, which fixed a dividing line along the crest of Marmolada's second-westernmost peak, the Punta Rocca.

That puts the mountain's highest summit, 3,343-metre Punta Penia, in Trentino, while leaving the lower ridges in Veneto.

While the mayor of Canazei, the town that now claims the tallest point in the Dolomites, hailed the decision as “a success for all Trentino”, Veneto's governor vowed his region wouldn't let the mountain go that easily.

“Hands off the Marmolada, we'll fight for it tooth and nail,” said Luca Zaia. “We will defend that border, which concerns ski lifts, economic activities and identity – which are from Veneto.”

A cable car runs from the resort of Malga Ciapela in Belluno province, Veneto, to the peak of Punta Rossa, carrying visitors to the popular ski runs that hug the mountain's lower slopes.

The governor of Trentino, Ugo Rossi, argued that his province – which enjoys special status in Italy as one of a handful of “autonomous” areas – could not afford to renounce its territory, and called for both sides to cooperate.

“Conflicts don't help either side,” he commented. “We can address not only development but also the preservation of our natural heritage on and around Marmolada together … Mountains unite, they shouldn't divide.”