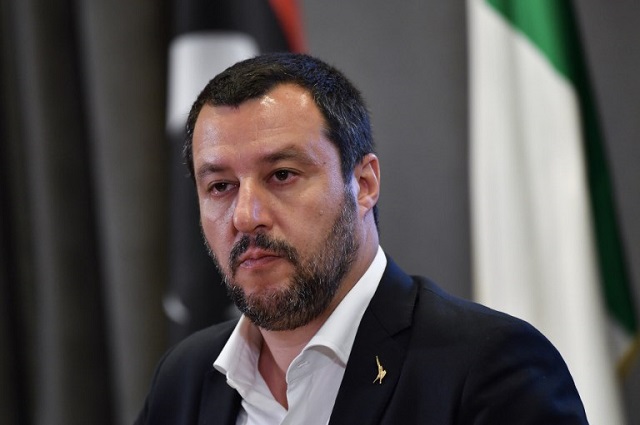 “On Sunday 15 the Deputy Prime Minister and Minister of the Interior Matteo Salvini will be in Russia to meet the minister of the interior and for the football final,” a statement from Salvini's far-right League party said.

The nationalist minister has often expressed admiration for Russia's strongman Putin, and his coalition government advocates reviewing EU sanctions against Russia. On Sunday at a local rally for the League in northern Italy Salvini said he hoped to meet with Putin during his visit.

“Men like him (Putin) who act in the interest of their own citizens, there should be dozens in this country”, Salvini said during the rally.

But Monday's League statement suggested a meeting between the two would not take place.

“No meeting with President Putin is on the agenda,” the statement said.

The controversial Salvini is making waves in Europe by pushing his hardline stance on immigration. Italy's new coalition government has set a goal of zero migrant arrivals by boat, and Salvini has already banned boats chartered by charities from entering Italian ports.

EU interior ministers are due to meet in the Austrian city of Innsbruck for a summit.

Salvini tweeted on Sunday he would use the occasion to demand Italian ports also be closed to ships on international missions.

READ ALSO: Italy's Northern League is cosying up to Russia