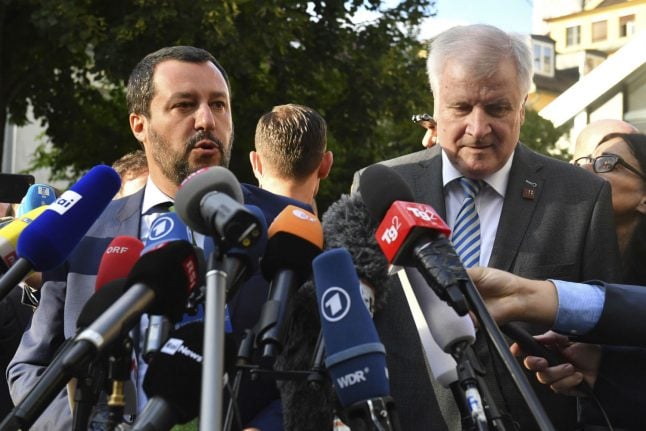 Speaking to journalists after a meeting with his Italian counterpart Matteo Salvini on the eve of an informal meeting of EU foreign ministers, Horst Seehofer said officials from the two countries would meet “very quickly” to discuss the issue.

“We will try to get it done in July,” Seehofer said.

If not reached by the end of the month, a solution should be possible by the beginning of August, Seehofer said.

A deal with Italy to take back migrants is central to the compromise German Chancellor Angela Merkel reached with Seehofer to end a row over immigration within their coalition that has threatened to bring down the government.

Salvini said he and Seehofer shared a “common objective: fewer landings, fewer deaths, fewer migrants in Italy as well as in Germany”.

Salvini made clear that he expected to see more action to toughen the EU's external frontiers before agreeing to any deal to take back migrants.

“We requested and received support to strengthen the external borders, to intervene in Libya, to have funds for Africa and reduce the number of journeys,” Salvini said.

“Before accepting a single immigrant in Italy, we want Europe to protect its external borders. When that becomes a reality we can talk about all the rest.”

Salvini said he would also press for future agreements between the EU and African countries to include commitments from those nations to take back the citizens that European members want to deport.