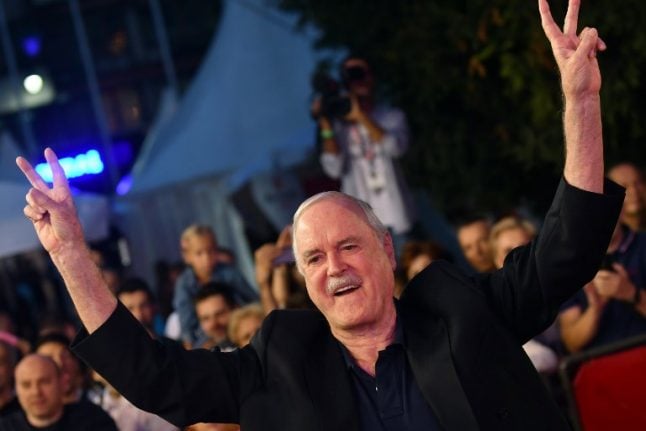 If you are a Brit living in Italy, you may regularly encounter the following question from your neighbours, work colleagues, baker or local barrista as you sip your morning cappuccino: “Brexit – why are you doing this?”

You, why Brexit? “Ma perché?” A common reaction is to recoil into a vertical fetal position and splutter something about promises on the side of a bus.

But we reckon you can do better than that.

A closer look shows the seeds of anti-EU feeling were always there in British society, perhaps nowhere more so than on TV screens.

So we've put together a handy list of British sitcoms that can help you explain Brexit to your Italian friends.

The UK government’s Brexit politics has alienated many EU allies. But is it a new policy?

In the British comedy series about Whitehall politics Yes Minister, such attitudes are not only well-entrenched, they form the basis of foreign policy. In one episode, the wily civil servant Sir Humphrey Appleby explains to his minister how the UK feels about the EU.

Two years after the Brexit vote, many European partners remain confounded about how Britain’s departure from the EU will manifest itself. Businesses, professionals, students and frontier workers desperately await details about how their lives will change.

Round after round of negotiations have failed to produce much clarity. But is this surprising? The words of General Melchett from the World War II sitcom Blackadder Goes Fourth suggest repeatedly ploughing the same ineffective policy might just be part of Britain’s DNA.

In the first episode of the series, Melchett summons the show’s protagonist – Captain Blackadder – out of his trench and to central command to reveal Britain’s top secret new WWI strategy.

Captain Blackadder: Would this brilliant plan involve us climbing out of our trenches and walking very slowly towards the enemy, Sir?

Captain Darling: How could you possibly know that, Blackadder? It’s classified information.

Captain Blackadder: It’s the same plan we used last time. And the 17 times before that.

General Melchett: E-e-exactly! And that is what is so brilliant about it.” When the two travel to rural France for a holiday, the idiosyncrasies of European life pose several hurdles. The episode, first aired by the BBC in 1992, highlights some of the difficulties Brits had in negotiating cultural and linguistic differences when traveling in the EU before smartphones. In this scene, Edina and Patsy are deciding who should go shopping.

Patsy: I don’t know what we need.

Edina: Yes you do know what we need, darling. Milk and bread and cheese and local French things.

Edina: No, I’ll write it down for you, hang on. Look, come on, sweetie, we need bread…pain, from the bakery, the b-b-b-b-b…panerie…

Edina: And get a few ‘vejiatables’ from the groceries. A few little things, darling. Anyway, off you go.

Edina: Oh, no! Alright, I’ll go, but if I go you’ve got to phone Saffy and Bubble and let them know we’re here.

Edina: Well, darling, what is it from LA? Isn’t it the same?

Patsy: It doesn’t work. Anyway, there isn’t a book.

Patsy: And say what?

Perhaps no other sitcom produced after the UK’s accession to the EU displays such harsh attitudes towards Member State citizens as Fawlty Towers. Besides the xenophobic characterization of the hotel’s waiter, “Manuel from Barcelona,” the show also displayed strong anti-German feelings when two German guests visit Basil Fawlty’s dysfunctional B&B in southern England.

The exchanges, often raw and harsh, highlight some of the British attitudes towards the EU when the UK first entered the European club of nations.

The episode aired in 1975, two years after the UK joined the European Economic Community (EEC) in 1973. The error prone B&B owner Basil Fawlty had this to say to his German guests about that vote:

Basil Fawlty: May I say how pleased we are to have some Europeans here now that we are on the continent? I didn't vote for it myself, quite honestly, but now that we're in, I'm determined to make it work, so I'd like to welcome you all to Britain.

His subsequent behaviour does little to achieve that promise!

In season 2, Fowler is on the receiving end of a lecture about “the British” after he mistakes the European Commissioner for Human Rights for an illegal immigrant and arrests him.

Inspector Fowler: Ah, here he is, this is our illegal asylum seeker.

Inspector Fowler: Well, who is this?

Inspector Fowler: A Frenchman? In my station?

Mustafa Delcroix: You British, huh? No wonder we all hate you. Your chocolate isn’t chocolatey enough. Your bananas are too long and bendy. You insist on eating prawn cocktail crisps despite the fact that we have told you not to. Now it turns out your police officers think all black people are illegal immigrants.

Sitcoms produced shortly after the UK entered the EU in 1973 often played on what Vince Vegas from Pulp Fiction called “the little differences” in Europe. In episode 3, season 2 (Never Be Alone) of To the Manor Born, the show’s protagonist Audrey shows a hyperbolic resistance to the metric system.

“Good Lord, Ma’am,” says the salesman chucking to himself, “square yards went out years ago. It’s all square metres now.”

“Not in this house. They won’t fit!” protests Audrey. “This house was built in feet and inches.”

In the episode A Victory for Democracy, Bernard Woolley, the prime minister’s private secretary, is on the receiving end of a lecture about how civil servants manipulate politicians and foreign policy – all vis-a-vis the foreign office response to a(ny) crisis.

Bernard Woolley: What if the Prime Minister insists we help them?

Sir Humphrey Appleby: Then we follow the four-stage strategy.

Sir Richard Wharton: In stage one, we say nothing is going to happen.

Sir Humphrey Appleby: Stage two, we say something may be about to happen, but we should do nothing about it.

Sir Richard Wharton: In stage three, we say that maybe we should do something about it, but there's nothing we can do.

Sir Humphrey Appleby: Stage four, we say maybe there was something we could have done, but it's too late now. It is tempting to think that cliches, often laced with xenophobic undertones, about Europe and its history were a pre-2000 phenomenon. But a more careful look shows that such mystification of the European ‘other’ remains steadfast in British comedy.

In Peep Show, a recent and hugely successful British sitcom about two friends who live together, Mark Corrigan, the reticent, shy and sexually-frustrated main character, describes two women who he is pining after in these terms in the sitcom’s pilot episode.

Mark Corrigan: Sophie’s the one. Toni is Russia: Vast, mysterious, unconquerable. Sophie is Poland: Manageable… won’t put up too much of a fight.

This article originally appeared in The Local's 'Europe and You' newsletter. You can subscribe to the free, weekly newsletter with essential news, analysis, insights and events about Brexit and the EU27 here.