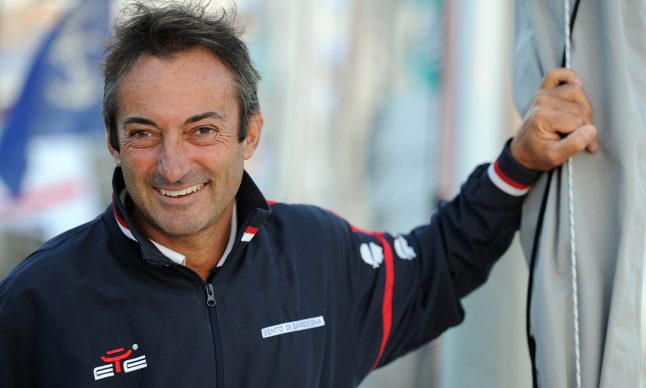 A member of the Transportation Committee, Mura has missed 96 percent of parliamentary sessions so far, turning up for only eight, according to OpenParlamento data.

He then angered M5S leaders when he said in an interview with Nuova Sardegna that “political activity does not take place only in Parliament, you can also do politics on a boat”

Di Maio stated outside the Italian Cooperatives Alliance Assembly today that Mura’s comments were unacceptable, adding: “We must consider that MPs, including myself, are privileged, have a privileged job with a privileged salary.”

Di Maio, who heads the populist Five Star Movement, is joint deputy prime minister along with Matteo Salvini, leader of the far-right League.

Mura, from Sardinia, represents the island’s capital of Cagliari in parliament, and wrote in a blog post soon after his election that he would be “dedicated” to fulfilling his political duties.

“If Andrea Mura wants to continue to devote himself mainly to other activities, neglecting the mandate that the citizens have assigned to the Chamber, he has only one route to follow: to give his resignation as a member,” leaders of the Five Star Movement in the Chamber and Senate, Francesco D'Uva and Stefano Patuanelli, wrote in an official letter to parliament.

Mura, a world-famous sailing champion, has been dubbed the ‘absentee deputy-skipper’ by Italian press.

“I understand the disbelief,” Mura told Nuova Sardegna. “But I told the movement from the beginning that I didn’t want to be a member of parliament.”

He said Five Star had agreed his role would be that of a celebrity campaigner “defending the oceans from plastic.”

Mura added he was busy training to take part in the 'Rum Route' in November, a regatta sailing every four years from France to the Caribbean.

“I’ll use my boat in front of two and a half million spectators and 90 million cameras to send a fundamental message: save the oceans from microplastics.”

As for his parliamentary absence, he said: “With the overwhelming majority that the Five Star have in the House, it makes no difference whether I’m present or not.”

OpenParlamento data showed that so far he hadn’t turned down any payments for parliamentary work. Mura told Nuova Sardegna that the money “probably ends up in the microcredit fund set up by the M5S.”

The row over Mura’s absence comes as an embarrassing blow to the Five Star movement, a party that prides itself on honesty and transparency.

The movement rose to power earlier this year on a wave of popular anger over high levels of perceived corruption, waste and incompetence in government.